Hong Kong’s Chief Executive and Monetary Authority boss are hedging when they express their deep concern over the UK’s referendum on Europe. After all, the forex market is already freaking out. But looking at the big picture: why, exactly, should an East Asian city-state economy panic about one country in Europe leaving a regional bloc? There are fairly strong economic ties between Hong Kong and the UK (notably investment), but it’s not that big a deal. Life will go on, either way.

But apparently, it won’t. I can’t remember when so many usually-sensible people (George Magnus, say) were getting so worked up. It seems people are confusing leaving the EU with leaving Planet Earth. There’s an important difference: if you leave Planet Earth, trade, investment, immigration, regulations, taxes and death will come to an end; if you leave the EU – whether you love these things or hate them – they will all carry on, maybe with slightly different paperwork.

Commerce will continue because everyone benefits from it (it doesn’t happen otherwise). Migration will continue partly because at least a lot of people benefit, and partly because it’s a force of nature. Regulations/taxes/death go without saying. No-one gets ‘isolated’ or ‘liberated’ if Brexit happens. Brits in Spain will not be expelled. The UK’s Poles, Bangladeshis, Somalis won’t disappear. Everyone needs to get a grip. (The political fallout in Westminster is another thing.)

This is even more the case with the UK than other EU countries, because of something few people acknowledge: the UK is only half in the EU in the first place. It has nothing to do with the catastrophic Euro single-currency. It has a separate visa system and passport controls. From Euro-visionaries’ point of view, the Brits have already wrecked the EU. It was supposed to be a tight-knit, protectionist-leaning group destined to flower as a federal nation-state. The UK joined, put its weight behind free-market principles and insisted on letting a dozen or more backward and/or ex-Communist countries into the organization, rendering it unmanageable. Thanks to the Brits, the original dream is in shatters anyway, with only a flag, ‘parliament’ and pretentiously titled ‘president’ as reminders of what should have been.

Bottom line in the UK: Brexit would give emotional satisfaction to a certain segment (older, uncouth, supposedly dim, supposedly racist, probably angry), while Remain means another segment (young, sophisticated, ‘international’, probably doing quite well) feel righteous and victorious. Remain also spares officials some bureaucratic and administrative headaches – which tips the balance for the rational among us. If Brexit does win, the elites and bores and smug trendies have only themselves to blame for indulging in such a ridiculous scaremongering campaign.

Bottom line for everyone else: keep calm and carry on. It’s just the UK and the EU.

I declare the weekend open with the thought that, either way, we can get back to real life soon. (Unless the global elites’ worst fears are right, and this is the start of the under/middle classes’ revolt. Hmmm.) 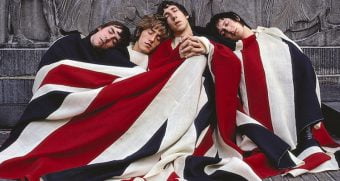 17 Responses to UK most important country in world, apparently