It’s not every day that I agree with intolerant Muslim clerics who shriek about Sharia and denounce others’ activities as ‘Un-Islamic’. But I wonder whether I can make an exception for the Selangor religious authorities who are ordering traditional Malay witchdoctor Raja Bomoh Sedunia Nujun VIP and his Zamzam water and magic coconuts out of Kuala Lumpur International Airport. His shamanistic rituals are surely doing nothing to help find missing flight MH370, and are even inviting global ridicule. But then you look at the Malaysian officials’ handling of this tragedy up to now, and you wonder whether, in fact, the Bomoh’s bamboo binoculars and flying mat might be worth a try, and whether he could, on balance, actually bolster the country’s reputation for modern crisis-management methods.

flight continued for up to one hour after last known contact, then up to four hours, then back to one hour. Vietnam has helped in the search, walked off in a huff, then come back to help again. China has announced some huffing of its own, and released satellite photos of mysterious debris, and then told everyone it was a mistake.

The Americans, perhaps for fear of offending regional sensibilities (or maybe Vladimir Putin’s or Bashar Assad’s or who knows whose), look like they’re sort of tagging along. However, US authorities behind the scenes have presumably looked at all the evidence objectively, including the reassuringly private-sector monitoring data received by Boeing and Rolls-Royce, and have some sort of clue.

Which brings us to the latest scenario: the plane’s communications were shut down deliberately, and the thing flew on for hours – pointing to somewhere way out in the Indian Ocean, and the possibility it, and 239 people, will never be found. No doubt there will be a new theory sometime after lunch. (‘It’s been stolen’, anyone?)

There are so many things to worry about in the world today that one more shouldn’t make a difference. But this jumped out at me…

And what, we can’t help asking, have these owners of copper used the loans for? Construction of China’s millionth steel mill? Purchase of luxury towers in Vancouver and/or a princeling? And who would accept copper as collateral? And where are all these intriguing-sounding people now?

I declare the weekend open with the thought that all this puts non-functioning ‘Comments’ woes into perspective. A distant techie-operative says it’s to do with ‘database related errors’, which he has repaired, so it’s fine now. But, of course, it isn’t. And it gets cosmic… As a laksa-fan it pains me to say it, but his name and other clues leave me in little doubt: he’s Malaysian. 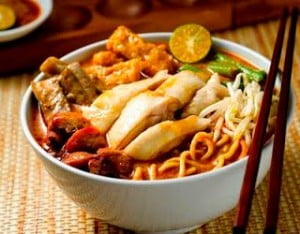