The Hong Kong government asks whether we think charging households for the waste they produce is an option. The nervous phrasing of the question becomes 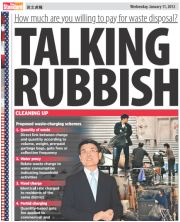 understandable when we see the Standard’s headline, Talking Rubbish. Getting people to pay for something they consider free by right, or already paid for via property management fees or taxes, will be a challenge.

Inevitably, the consultation document offers the public a choice of three stupid options and the one the bureaucrats have already picked.

Non-starter 1 would charge us in proportion to our water bills, which would incentivize us to cut water use while still producing tons of garbage.

Non-starter 2 would ignore private households but charge companies by volume of waste, which would incentivize smaller firms, at least, to make their staff take the trash home. And yes, they would.

Non-starter 3 would charge everyone in the neighbourhood the same, which would at least enable a progressive system (assuming the rich chuck more away than the poor) but otherwise offer no incentive to cut waste.

Which leaves us with what I would insensitively term the Confucian Garbage System, the method that induces Japanese, Koreans and Taiwanese to create well under half the rubbish Hongkongers do. By law, residents must use special, relatively expensive plastic bags for their trash (it might help if the bags are pink, play tunes like birthday cards when opened and have Hello Kitty on them). The amount of garbage plummets. However, it relies on people resolutely obeying and enforcing rules in the cause of the common good – not one of the Big Lychee’s strong points when it comes to day-to-day civic life.

So, given the Environmental Protection Department’s success in forcing stationary vehicles to switch their engines off, we can safely assume that Hong Kong will continue churning out 19,000 metric tons of junk per day. Meanwhile, our landfills will be overflowing by 2018 or so. With no-one left in this city manly enough to suggest the quick and simple option of dumping the crap in the Mainland, we need to consider incinerators.

The bureaucrats decided to build one on Shek Kwu Chau. It’s one of those islands you’ve never heard of (near Lingding – the Zhuhai-run vice hub of years back) that turns out to be extremely charming, pristine and home to such endangered species as the lesser three-eared pumpkin toad. Click here to see Mr Julia’s glossy travelogue-style video on what the project would do to Lantau, and here for the Living Islands Movement’s thoughts, including a discrete but plaintive appeal they thought I’d miss concerning the impact on property prices in South Lantau.

While the civil servants are shredding the public submissions on the Shek Kwu Chau proposal – to test the thing’s furnace – some citizens are politely suggesting we should be using plasma arc molecule separation and gasification and “not the caveman-technology bonfires” the civil servants want.

As the name suggests, Plasma arc etc involves such stellar temperatures that atoms separate and form new compounds, as explained in a quick Discovery Channel video and the manufacturer’s blurb. Forget perpetual motion, nuclear fusion or creating gold from base metals – this promises to take Hong Kong’s tons of daily junk and convert it into: a) an inert glass-like slag perfect for construction and b) combustible gas ideal for generating electricity. And you should see what it does to virus-laden bird carcasses.

If it’s so wonderful, why are the bureaucrats of the Environmental Protection Department determined to go with the outdated burning-up-in-smoke-and-dumping-ash-somewhere approach?

As a non-scientist, I can only guess at three possible explanations.

One is that the Discovery Channel, Westinghouse and Hong Kong activists with all their PhDs and beards are wrong and EPD civil servants are right. (For example, the space-age arc Plasma stuff would cost the equivalent of 20 Zhuhai bridges.)

Another is that EPD officials are driving their mammoth 8-seater Alp Hards through town seething with rage that a bunch of outsiders living in buffalo-infested villages have come up with a better idea, and they are now going to dig their heels in and cover Shek Kwu Chau with satanic Victorian-era incinerators to defend the honour and face of the world’s most superior civil service.

A third is that one or both of these camps would get a kickback from the suppliers of their favoured technology. But looking at them all – trendy busybodies holding fund-raising barbecues on their villa roofs and pompously professional public servants filling in their air-conditioning allowance claims – it doesn’t wash.

I will remain agnostic, though I must say I have my hunches. 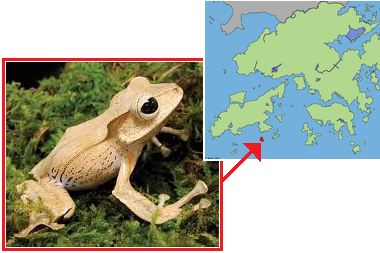