A salute to this week’s buzzword

And so we say farewell to Greater Bay Area Week. We have got this down to a routine, now: Beijing launches a new slogan, officials screech at everyone to ‘seize the opportunities’, shoe-shiners organize a conference with Victor Fung and Ronnie Chan, and civil servants pull out the trusty Grand Vision Concept template and throw together a quick website, complete with a map titled ‘The Map’.

The Big Bay Area Exciting Thing has attracted international media attention. As with so much of the outside world since the rise of Emperor-for-Life Xi, the press are becoming

jaded about China in general, including its elaborate mega-plans. They suspect hype, white-elephant splurges and speculative real-estate plays. Today’s BBC, FT, CNN, Washington Post, Guardian and others also recognize a clumsy plan to downgrade and merge Hong Kong when they see one. An opinion piece at Forbes puts it in the context of Hong Kong’s government-imposed stagnation.

China’s economy is running out of steam because the cost of servicing debt is (probably – state secret) approaching the amount of extra GDP the credit-bingeing is delivering. Similarly, the ‘Wow factor’ returns on world-changing epic slogan-strategies are diminishing.

A look back, in partial disbelief – from a Taiwan perspective – at veteran campaigner Martin Lee and how his ‘Sinocentrism/democratic-reunification ideology’ is stuck in the 1990s. Ouch.

And a column that starts on the difficulty of teaching ballet, then pirouettes into a rather shocking and brutal examination of South China Morning Post editor Tammy Tam’s obvious inability to write. This is painful to read and thoroughly nasty stuff, bordering on vicious. More, please. 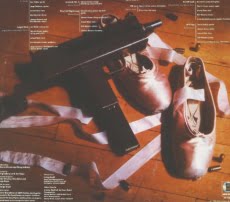 5 Responses to A salute to this week’s buzzword