Last week’s big amusement was the Hong Kong government’s subsidies for employers hiring tech-geek-inno ‘talent’. This was partly because the whole concept was so lame – but mainly because the website concerned was so outdated, user-unfriendly and clunky.

Another week, another desperate Hong Kong government attempt to lure outstanding specimens with super-human powers to our shores. Behold the Talent List, to ‘attract quality people from around the world’. It’s called ‘Talent List’ because ‘this once-great city is becoming wretchedly unpleasant to live in, please come here’ wouldn’t fit.

Anyway, the exciting this is that this has a genuinely modern-looking groovy website – click right here and be amazed.

A few quibbles about the home page’s aesthetics…

The red discs on which little cartoon images are portrayed vividly bring to mind Japan, don’t they? Memories come flooding back of all the exploitation, suffering and humiliation the Nipponese devil-dwarfs inflicted on the defenseless motherland during the 20th Century. If you don’t realize how grossly insensitive this is to the feelings of all the Chinese people, you shouldn’t be creating Hong Kong official websites in this day and age. (And if you think I am exaggerating, check back in a few months and see if the ‘rising sun’ is still there.)

The aforementioned cartoon images that represent the targeted professions betray another lack of sensitivity. In some parts of the world – anthropologists call them the Hello Kitty Cultures – such graphic design is normal in an adult context and the light-heartedness not considered out of place (try this actual and brilliant Hong Kong public ambulance). Elsewhere, such illustrations appear too childish or unserious for something as important as, say, a government promotion aimed at skilled and intellectual personnel.

Not that the visuals matter. The scheme is probably aimed at appeasing our own whining corporate scroungers. Certain semi-obscure sectors – notably maritime services and waste treatment – seem to have convinced officials that we need to attract qualified manpower specially for them. A large proportion of the professionals in demand have something to do with shipping (and it so happens the government is now flinging taxpayers’ money at something called the ‘marine insurance industry’, because Singapore competitiveness micro-management gotta-do-something whatever).

It’s a quick and easy way for officials to give the impression that they care deeply about the maritime lobby. Why this one sector deserves so much bureaucratic groveling is a mystery*.

Top government officials probably don’t realize that ‘superintendents of ships’ and the like are feral lowlifes. As if to even things out, the wily civil servants have added the world’s most mind-numbing blandness-driven vocation to the Talent List – actuaries. 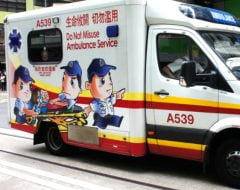 * In fairness, they did bankroll this place.