One thing about Hong Kong’s make-believe ‘election’ for Chief Executive: it is unique. In North Korea, dictators enjoy laughable landslides in which they win 99.99% of the vote. In the tragic Philippines, armed thugs have fired at nuns guarding ballot boxes. In Hong Kong, the poll is a mass-delusion: the Chinese leadership decides the winner ahead of time, yet nearly everyone takes the subsequent campaigning with the utmost seriousness.

The media are carrying ads from the anti-corruption agency solemnly promoting a ‘clean’ election. Papers report with no trace of irony that Beijing’s 194 most groveling hand-picked local supporters spontaneously pronounce pre-determined winner Carrie Lam ‘the glory of Hong Kongers and of Hong Kong women’ (making her sound like an object of Catholic veneration).

Where it gets really bizarre is that Chinese officials themselves are treating the rigged election like a genuine battle. Behind the scenes (by all accounts) they are telling Carrie to win not just the inbuilt obedient majority of the rigged 1,200 Election Committee’s votes, but enough extra to make it look more convincing. This means begging with 100 or so of the pickier and less-reliable business-related and other members of the pro-Beijing camp. At the same time – almost ludicrously – Beijing is adamant that Carrie score well in public approval ratings.

To complicate things, her two main rivals are indeed posing a challenge in these respective areas.

Regina Ip, who has been preparing for this for years, is doing quite well among some of the grubbier vested interests. She comes armed with PowerPoint presentations and rash promises to grant their fading sectors ‘pro-active’ policies, privileges and other favours. Her aggressive style makes her unpopular among the public, but she is winning some friends among the shabbier corporate Election Committee blocs.

With John Tsang, it’s the other way round. Obscure Election Committee factions are unimpressed by his laid-back manner and lack of interest in their commercial and parochial concerns. But the public are fond of him for his local-boy nice-guy persona. He’s been blogging for years, can chat away about noodles and kung fu and crappy movies with anyone, and even looked half-way normal in a hoodie hanging out with dog-rescuers the other day.

To Carrie Lam, with only a few weeks’ real advance-warning since Beijing dumped CY Leung and confirmed her as next CE/victim, this election – rigged, quasi- and phony – is nonetheless a hellish struggle.

It almost makes you feel sorry for her. 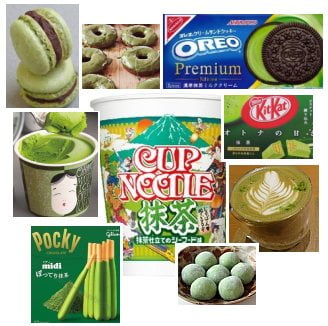 I declare the weekend open with an amazing rumour: that after Pocky, ice-cream, macarons, donuts, Oreos, Kit-Kat, latte, mocha and now inevitably Cup Noodles, some marketing genius is going to bring out… matcha-flavoured tea.

8 Responses to Almost-sympathy for Carrie