Another week, another new youth-oriented political party aimed at defending Hong Kong from the despotism of China’s Communist regime. This one is Demosisto, featuring Joshua Wong and fellow student-activist veterans (and you thought they couldn’t find a weirder name than Scholarism). It comes hot on the heels of Youngspiration, HK Indigenous and the HK National Party.

This splintering of the opposition is unhelpful to the older-generation pro-democracy camp, hoping for unity and cooperation in the run-up to Legislative Council elections in September. Conversely, it should be good news for the pro-Beijing parties, who need disorganized competitors to compensate for their weak appeal to the electorate. To an innocent bystander, these new factions are so small it is hard to see what difference they can make to anything.

But to the Chinese government, the sudden emergence of radical youth groups is sinister. HK Indigenous are ‘localist’ – anti-Mainland/-CCP – militants. They did unexpectedly well in a recent by-election (which was still won by a mainstream pro-dem), creating disquiet among the pro-Beijing camp. Then along comes the HK National Party, which openly calls for independence. This prompts serious mouth-frothing among Beijing’s propagandists. Even talking about independence is illegal, they claim, as Hong Kong’s common law/civil rights are mere local, disposable ornaments alongside China’s own Communist Party rule. Before the Party goons can get the city into full ‘Tremble and Obey’ mode, however, Demosisto swans onto the stage, presenting itself as an oh-so reasonable, relatively moderate force arguing only for self-determination via referendum a decade from now. (Youngspiration manage to differentiate themselves with a semi-moderate niche.) 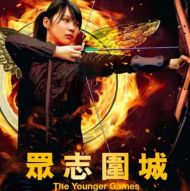 According to the script, Hong Kong youngsters are by now supposed to be jumping up and down with joy about ‘One Belt, One Road and other delights of integration with the motherland. Instead, things are so out of control – in Beijing’s paranoid mind, at least – that a bunch of kids presuming the right to a home-rule plebiscite look like ‘moderates’.

This is not a sudden phenomenon, but a growing reaction to Beijing’s dim-witted treatment of its only pluralistic jurisdiction, from the refusal to allow even a semi-democratic election for Chief Executive, to the subsequent intimidation and demonization of opposition figures, to this year’s book-publisher abductions and patriots’ childish temper-tantrum over the HK$600,000 movie Ten Years.

It is clear that the more seriously Beijing and its local apologists take ‘pro-independence’ as a concept, the more credibility they give the originally absurd idea. It’s as if the Chinese regime just can’t help itself from provoking a ‘resistance movement’ mood among Hong Kong people, especially the young. If this continues, it’s not hard to imagine the conflict taking on some (or more) of the trappings of an anti-colonial struggle. Proof that the Communist Party is insensible and clueless about the world beyond its total control.