Is tycoon Henry Tang secretly a supporter of Hong Kong’s localist/nativist movement? If Beijing agrees to the landlord class’s request to swamp the city with millions of additional shopper-tourists, support for the splittists will surge. It would be a gift to HK Indigenous. Given that he is not enormously good with secrets, it is likely that Henry is as he appears – simply eager to keep his buddies’ rents high.

What is interesting is the Hong Kong government response….

The official expresses a desire to attract more ‘overnight visitors’ and ‘diversified and high value-added tourists’. In other words, not cross-border smugglers and not cheapo rustic hordes who bring their own instant noodles. The spokesman also stresses the need to avoid ‘conflicts due to the local pressures caused by too many tourists’. The wording makes it clear that while the administration doesn’t want to openly reject the idea, it can’t and won’t accept it. Basically, that’s a polite ‘no’.

It is an example of Beijing’s dilemma in micro-managing Hong Kong. Well before the 1997 handover, the Communist Party started to co-opt ‘various sectors’ to form a local support base. The two most prominent of these were the cartel-running property tycoons and the New Territories’ Heung Yee Kuk power-brokers. In exchange for loyalty to Beijing and its appointed local government, these interests essentially enjoyed rent-seeking opportunities and other privileges at the expense of the rest of the economy/population. Over the years, they have acquired a massive sense of entitlement – but the rest of the population has become increasingly resentful, angry and restive. Beijing’s supposed friends are looking more like a liability.

With the Legislative Council election coming in September, the Chinese and Hong Kong governments struggle to find a balance. It is already clear that the property tycoons have been losing favour locally and in Beijing. Accustomed to having everything handed to them on a plate, they are not happy with Chief Executive CY Leung’s housing policies. And local officials have – on one or two occasions – shown signs of at least mild skepticism about the Heung Yee Kuk’s ‘traditional rights’ to grab, plunder and despoil the land.

These client groups are getting stroppy. James Tien of the pro-business Liberal Party has long been awkward in an opportunistic way. His team did not seem to do much to help Beijing’s chosen candidate in the recent NT East by-election. Nor apparently did the Heung Yee Kuk, which is threatening to launch its own party.

These grubby and selfish factions need Beijing far more than Beijing needs them. But the Hong Kong government is friendless and besieged, and the Communist Party’s local paranoiacs probably see this in terms of United Front discipline versus hostile Western-backed pro-independence insurgents. China can buy the loyalty of the tycoons and the village henchmen, yet only at the cost of – ultimately – marginalizing and alienating the population and further feeding localist sentiment.

On this occasion, the decision was simple: Henry Tang’s landlord buddies will just have to live without millions of Wuhanese peasants lining up to buy all the tacky shiny baubles on display in their malls. But the dilemma won’t go away. It will probably get more pronounced in Hong Kong, in Taiwan, and everywhere, so long as the Chinese Communist Party fails so hopelessly to figure out how to become lovable. 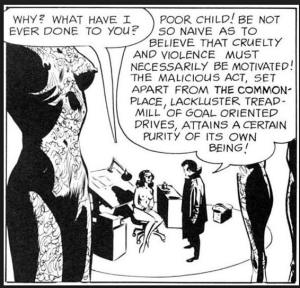