Thinking out of the rabbit hutch

A South China Morning Post editorial agonizes over Hong Kong’s housing crisis – a predicament now entering its 147th year. The writer refers to the Our HK Foundation’s proposal for sales of public housing as ‘thinking out of the box’, when it is trivial in scale and looks more like sugar-coating for development of country parks. And the conclusion is… reclamation, blah blah, green belt, blah blah, conundrum, tough decisions, blah blah.

This is simply the government’s official line: we’d love to have affordable and decent housing, but the overwhelming problem of land scarcity is totally beyond the control of mankind, unfortunately.

Meanwhile, the paper reports the government auditor’s finding that around 100 schools, many in urban areas, are sitting empty and rotting. And over in the Legislative Council, the Development Secretary half-admits that the ‘small house policy’ for non-existent farmers’ sons, is a ludicrous waste of land, but sees no way out of it. (An interesting story on that rip-off here.) We can all think of ways that Hong Kong keeps land scarce and homes expensive. Developers are free to focus on building investment assets for overseas money-launderers rather than homes for local people. The government land system perversely requires prohibitive upfront payments before anyone can use brownfield sites and industrial zones for housing. Planners allocate more space to oversized road networks than to residential use. There’s five targets for ‘out of the box thinking’ in one paragraph.

Just a little more mental effort reveals further expanses of space just waiting to be freed up. The site occupied uselessly by Disneyland could hold a small city. The parasitical tourism industry grabs yet more space everywhere: in my neighbourhood, three hotels are going up on previously residential lots, and then there’s the vast, empty cruise terminal at Kai Tak. Kill off another sunset ‘pillar industry’ by relocating the container port in the Mainland, and you have another small city or two.

Serious ‘thinking out of the box’ opens up a world of new possibilities. Building codes 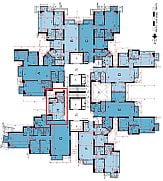 based on bygone ventilation/public-health concerns could be relaxed, enabling significantly bigger apartments. You could move malls, sports centres and other facilities underground (the HK-Guangzhou high-speed Mega-Hole would do) or onto platforms above sprawling highway intersections. If our paranoid Communist friends in Beijing could be convinced that a happier Hong Kong would be calmer and more loyal, we could think about slowing Mainland immigration, which these days seems to be more about demographic dilution than family reunion. Or, with the right transport and other infrastructure, we could establish settlements of retirees or telecommuters in offshore enclaves (Shenzhen’s latest lifeless free-trade zone hub, for example).

But of course this assumes that our policymakers see affordable homes – which means additional spending power remaining in the middle class’s pockets – as desirable. If, on the other hand, the idea is to enable a few landed interests to continue effortlessly extracting maximum disposable wealth from the economically productive population, the ‘shortage of land’ must continue.

13 Responses to Thinking out of the rabbit hutch