It has been tempting at times this year to wonder whether the Chinese government really wants Hong Kong to adopt its proposed quasi-democratic political reforms, or whether Beijing is secretly hoping that the opposition will succeed in vetoing the plan. Evidence that they are indeed determined to push the package through comes in the form of local Communist-front groups’ embarrassingly clumsy and desperate attempts to drum up support for the reforms.

Robert Chow’s Alliance for Peace and Democracy, with its glum and gruesome-looking ‘volunteers’, is on the streets conning unwary passers-by into signing its petition, even while opinion polls show – if anything – growing public disillusionment with the reform package. Their tactics range from the amusingly pathetic, like free bottles of oyster sauce, 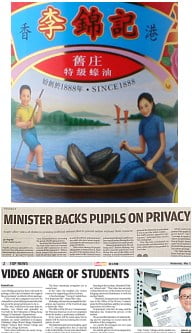 to the predictably obnoxious, like shoe-shiner bosses press-ganging their staff into signing.

The whole exercise provokes mirth and contempt among all decent people, and it is a delightful irony that both the reform proposal and its supporters would be better off without these activities. But in the Communist milieu, loyalists and grovelers scramble to be seen to do the right thing, even if the outcome is excessive and counterproductive. (Ultimate example: the pro-Beijing elements who set off deadly bombs in Hong Kong in 1967 for fear of being criticized as disloyal by the Cultural Revolution fanatics running things across the border, alienating the city for decades.)

And now along comes the Federation of Hong Kong Guangxi Community Organizations. (Any grouping with a name like ‘federation/association of associations/organizations’ is a United Front body. Typically, they are headed and bankrolled by some sort of businessman eager to get a pat on the head from Beijing officials as it might help further his slimy commercial activities on the Mainland. Guangxi, as we all know, is the exciting and important province where the funny mountains poking out of lakes are.)

The FHKGCO thought it could be clever by getting high-school students applying for a study trip to the US to make pro-reform statements on video and putting the clips online, where they attracted both positive and negative comments. The kids and their schools deny the FHKGCO’s claims that consent was given, and it has become a privacy thing, with the material hastily removed from the website, the Privacy Commissioner informed, and the Secretary of Education voicing concern.

If we are to be honest, it’s a bit silly: the United Front rabble screwed up and irritated the schools and parents. The story here isn’t the scummy behaviour of the FHKGCO, which is minor and amateurish as these things go – sort of a free bottle of oyster sauce that got out of hand. The story is the righteous indignation and fury and children being ‘emotionally disturbed’ by the trauma.

First, the criticism of the FHKGCO rests on the charge that the group exposed the kids to what is unquestioningly assumed to be widespread public dislike of the political reform. The implied unpopularity of the reform package is a given in this uproar; without it, the posting of the videos would have been benign.

Second, the eagerness with which schools, parents, media and the online hordes line up to beat the FHKGCO into a pulp over this reflects the widespread public loathing of murky United Front bodies (whose mission in Leninist theory is to win most of them over, and isolate the remaining diehards). It is a simple and clear message: Hong Kong people hate you.

The harder the Communist Party tries, the worse it gets. We have to wonder if and when Beijing will ever detect a pattern. 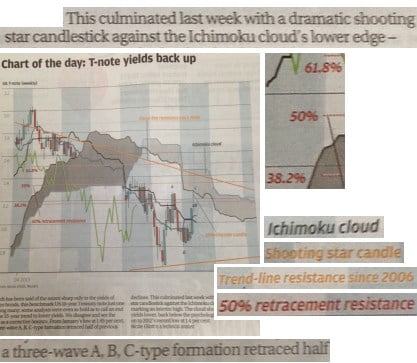 16 Responses to United Front shoots self in foot, again