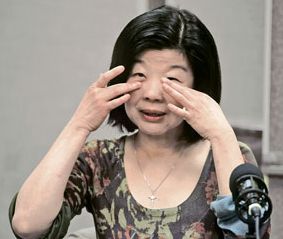 One of Hong Kong’s big property tycoons, Henry Cheng, coyly hints that he could live with CY Leung as Hong Kong’s next Chief Executive, even though he nominated Henry Tang. This looks like a throwaway bit of hedging rather than the start of the official abandonment of the one-time dead-cert (whose alleged love-child appears in print today). But if Beijing does indeed plump for CY, the sight of the plutocrats performing their crestfallen, crab-like shuffling in his direction, shoe-shining kits at the ready, will be a treasure to behold.

The epic battle between the two seems to have spread to the world of commercial branding. Following the launch of an obviously pro-Tang real estate development called The Henry, we now have a new restaurant in Upper Soho clearly aimed at countering the philandering, basement-building rich-kid: the Monogamous Chinese. ‘Sichuan and Peking’ cuisine, it says – in other words, no Shanghainese. (The eatery is right under the Mid-Levels Escalator just below Caine Road.)

It is sad to see the last four months of the chief executive’s seven years of office being made a time of sorrow, rather than gratitude for an honest leader.

Behind the scenes, Donald Tsang Yam-kuen has done much for Hong Kong, but the good he did has been buried in a cruel effort to destroy him…

I made acquaintance with Donald Tsang when he was a civil servant in the New Territories. I was representing a group of people whose homes were to be demolished. Donald was a young official in the case, and I found him very polite and sympathetic. In fact, he was quite popular with the people, until he was named successor to the post of chief executive and had to shake hands with leaders in Beijing…

…I would be sad if the Independent Commission Against Corruption were to weaken in its splendid work. On principle, one should not name a person as being corrupt until one has absolute proof … No one should speak of corruption in connection with Donald Tsang unless there is absolute proof that corruption was involved.

Donald is probably too clean-minded to think a joyride required a bribe.

The accusations against him are cruel. If they are found untrue, the accusers should themselves be accused of spreading false information.

That’s one way of looking at it, and one that quite a few people would broadly agree with, in an up-to-a-point sort of way. Until, perhaps, they read an open letter from former civil servant LK Shiu replying to the CE’s groveling apology to his fellow bureaucrats. A translation appeared here, then went away; the original Chinese version remains. Maybe the guy wasn’t totally satisfied with his English – he was an Administrative Officer. The cached version says “feel free to disseminate,” so here it is pretty much unedited. Some highlights…

…Owing to the ridiculous system of Hong Kong, you [Donald Tsang] have to kneel before Beijing’s mandarins and are often unreasonably assailed at home, until your will is eroded, your energy spent, and your popularity consumed. Frankly, what you have got is the least enviable job on earth. This I understand.

You have indeed passed the minimum wage law during your term of office. And the much overdue competition law is about to become reality. Notwithstanding its many defects, this is still progress.

But what has become of Hong Kong all these years? You alleged in the press statement that as the CE, you “had to get a full picture of what was happening in the community” and hence the need to maintain “contact with people from all walks of life”. In fact, you do not understand the life of 99% of Hong Kong people. Nay, it’s not just you but your entire governing team, so called.

For you are surrounded and escorted by the rich and powerful wherever you go. Your commissions and committees are inundated with like-minded friends and second-generation dandies. You read only newspaper cuttings well filtered, and bureaucratic papers amended and tailored to the palate of senior management. Your political shows at districts are all about fretting and strutting through well-dressed windows. The balls and parties you attend are filled with pleasant tones and lukewarm syllables, harmless but meaningless speeches. Have you ever noticed the soles of your top officials’ leather shoes? They are hardly worn out because they step on only limousines and red carpets. Have you ever noticed the collars of your shirts? They are barely stained by sweat because you only sit in well air-conditioned conference room.

Since you are the yes-man even in front of provincial Mainland officials, what could have your subordinates done? What more could we expect? After seven years of your reign, we couldn’t even hold our heads high in our own city. Our gini coefficient measuring rich-poor divide almost ranks the world’s highest. The so-called “sub-divided units” for ordinary folks cannot even measure up to pets’ dwellings in tycoons’ penthouses. Those living on speculation make it bigger and bigger and those down-to-earth hard-working people – be they running a Cha Chaan Teng or high-tech start-up – can barely see their future.

Faced with such grievance or indeed indignation, Your Excellency’s administration is only left with the broken device of conferring small favours year after year, which only serves to destroy our traditional work ethics…

…Your administration turns a blind eye to the monopoly of the property tycoons, whilst taking a tough hand on small peddlers and street hawkers selling egg waffles or polishing shoes, or indeed, any Hongkonger who is proud not to live on the dole that you use to bribe us into supporting your failed administration.

While most of us have to work like slaves for only a few square feet in order to live with basic decency, those in your cabinet – those who have already gleaned the last scraps of housing benefits funded by taxpayers – are knowingly, unlawfully and stealthily constructing their own Versailles. Obviously, you could not rein in such improprieties – to put it mildly – owing to your own implication. However skilful you are in acquitting yourselves by exploiting the smallest loopholes in our law books, it is undeniable that Hong Kong is close to the tipping point where the “poor has no place to stick an awl”, as our ancestors put it.

Of course, all of your corrupt behaviours are technically lawful, for you people know the law and regulations … like those property developers [who] “lick to the last drop of gravy”. However, the authority and morality of you and your team are both on the verge of collapse…

Finally, I hope that the ICAC would save itself the trouble of that useless investigation. What good can be done with a Commissioner appointed by Your Excellency? I sincerely hope that this institution – the pride of Hong Kong and possibly the last bulwark standing between us and the mainland – would not have its reputation, hard earned on forty years of toils, sunk for the sake of a single person’s unspeakable petty advantages…

We tend to look down on the cream-of-the-civil-service AOs, if only because (as the second paragraph of the full letter makes clear) that’s how they feel about us. But their arrogance springs from a genuine belief in their institution’s moral superiority, and this letter reflects a deep sense of betrayal that, from what I hear, has affected the whole administrative caste.

Where have I heard that tone of outraged and grievous bitterness, notably in the third paragraph above, before? Yes it’s in the Declaration of Independence, where the founding fathers list the ways the King has infringed their rights – rights as Englishmen – and conclude that they have no choice but to make the ultimate, once unthinkable, break.

None of this helps us answer the question of what the hell is going on. But whoever or whatever started the plethora of leaks must be wondering what they have unleashed in terms of division and disillusion. And there are still 16 weeks to go before the new CE takes office.