CCP to HK: Is this lovable enough yet?

Legislator and former Security Secretary Regina Ip says that so far as her New People’s Party is concerned at District Council elections in November, working class voters can drop dead. Or, as the South China Morning Post puts it, be ‘eschewed’ if they are grass-roots or inhabiting public housing. The grouping she says, is centre-right and aimed at the middle class, professionals and civil servants (though it is unclear whether government employees of grass-roots/public housing backgrounds, of whom there are many, are acceptable). “We don’t have … candidates suitable for that kind of community,” she says, referring no doubt to the understandable reluctance most of the well-bred among us have for mixing with the unwashed, semi-literate, savage, lice-infested hordes Over There.

The NPP, with its slightly creepy, vaguely fascistic logo, is the latest in a long line of attempts by the Chinese Communist Party to absorb the traditionally pro-democracy bourgeois into its United Front in Hong Kong. The public housing estates are already stitched up by the CCP’s local front, the Democratic Alliance for the Betterment of HK, whose well-funded offices sort out the bureaucratic and other woes of the lower orders, the Mainland-oriented, the poorly educated and the non-cosmopolitan. Its overlapping but distinct Federation of Trade Unions organizes labour and provides pro-worker cover for the DAB, which, being under orders to obediently back the Hong Kong administration, must support even the most blatantly pro-tycoon policies.

But how to get the middle class on board? How do you get Hong Kong’s better-off (though brutally mortgaged) socio-economic strata – often foreign-educated, English-speaking, Christian and socially liberal, pluralistic and aware – to trust a one-party dictatorship? How do you wean them off what, in the eyes of paranoid leaders in Beijing, looks like secret loyalty to the American/British/Tibetan/Taiwanese plot to hold back the motherland and overthrow socialism with Chinese characteristics? Or at least stop them voting for the Democratic, Civic and other hostile parties that never stop fussing about universal suffrage. Any hopes that the tycoon-oriented Liberal Party and its post-plutocratic tiff offshoot Economic Synergy could pull that off have long since been abandoned.

“If you wish to be loved, you must first be lovable,” everyone from Ovid to Ben Franklin to our parents tells us. Step forward, Regina. 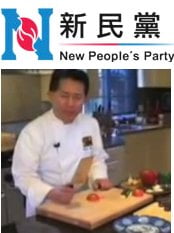 A glance at the NPP’s list of ‘advisors’ (people too smart or cautious to join the actual party but happy to please Beijing’s local officials or do Regina a favour) gives us an idea of what Beijing (and the lady herself) consider to be the sort of sexy, with-it, groovy personalities that will attract the Big Lychee’s Mid-Levels, U-grad, property-owner set. There is Sir David Akers-Jones, aging ex-colonial official who ingratiated himself with the new regime to ensure that the public sphere could continue to benefit from his dedication to serve us in some capacity. Libby Wong, former Secretary for Health, last seen – years and years ago – fleeing to New Zealand (if I recall) when the British left, and generally remembered as a nice enough old girl. Allan Zeman, landlord, convert to Chinese citizenship and massive beneficiary of government tourism and other policies. And pop-chef Martin Yan of the Yan Can Cook show, because, let’s face it, who’s going to switch on the TV to watch David Akers-Jones prepare crispy fish in sweet and sour sauce?

8 Responses to CCP to HK: Is this lovable enough yet?