Learning Who Should Be Next Chief Executive With Regina

During the Cold War, school textbooks in communist countries pushed propaganda in every lesson. Rather than recite ‘The cat sat on the mat’, students would learn something like ‘Death to imperialist Yankee capitalists’. Those of us nostalgic for those happier and simpler times will be glad to hear that subliminal political indoctrination in the guise of education lives on, right here in Hong Kong. 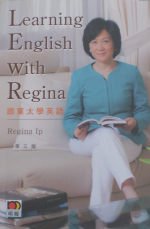 Behold Learning English With Regina, by the Ip of that name – legislator, ex-Secretary for Security, and, it seems safer by the day to suggest, possible seeker of candidacy for Chief Executive in 2012.

Regina studied English Lit at HKU (her old tutor writes an intro) and got a Masters in the UK for her work on Elizabethan poet (and politician) Philip Sidney. (Could this be the same Philip Sidney who wrote “A fair woman shall not only command without authority, but persuade without speaking”? Yes it could.)  As hordes of TEFL-types will insist, this does not qualify her as a teacher of the tongue that Shakespeare spake, but no-one can dispute her proficiency at it. Add to her impressive academic credentials her success as a civil servant and then politician, and many Hong Kong people, who are often almost hypochondriac about their English, will no doubt rush to grab a copy of the book to improve their linguistic skills.

Little do they know, however, that they will at the same time be getting brainwashed. As they grasp the meaning of such phrases as ‘well-nigh’ or ‘by all accounts’, they will absorb a deep appreciation of the need for government action to boost technology-based industry. As the intricacies of the subjunctive mood become clear, they will be reminded of that time then-Chief Secretary Anson Chan got a 100% mortgage when the authorities had capped them at 70%. As they delight in discovering how ‘you can, but you may not’, and who Achilles was and why his heel is so important, they will also come to understand how Hong Kong’s “ship of state is truly drifting, if not foundering, in stormy seas.”

In fact, Regina makes no pretense at hiding the way she is killing two birds with one stone here. The texts that this proto-election platform uses are mostly drawn from her own English-language newspaper opinion pieces from the last couple of years. It is a neat way to present her political opinions to a new audience in a way they find accessible (who would buy Whine About Both Government and Opposition With Regina?) and recycle some old columns into the bargain.

That said, the commentary on the use of language no doubt took effort, and presumably no-one would buy the book if it didn’t have some value. The discussion on one article alone (bitching about former HK Monetary Authority boss Joseph Yam) explains to readers such phrases as ‘swan song’, ‘curtain about to fall’, ‘by dint of’, ‘taking a leaf out of’, ‘incestuous’, ‘arm-twisting’, ‘jump ship’ and much more. And it’s not all about her. For speakers of such a supposedly rich language, we quote the bard embarrassingly often, giving Regina the chance to indulge her literary tastes and explain the many idioms that come to us from Othello, Antony and Cleopatra, Macbeth and a sonnet or two.

If, in five years time, Hong Kong is a brave new world (The Tempest) of English-fluency and technology, we’ll know why.