Have a happy National Day!

Your annual pro-government-line retrospective describing Hong Kong’s Occupy/Umbrella movement as a failure, featuring compulsory key words ‘deflated’, ‘disillusioned’ and ‘frustrated’. Alternative view: by forcing the Chinese Communist Party to clarify beyond all naïve doubt that it had zero intention of ever granting the city representative government, the movement was a complete success.

The following years have confirmed that CCP rule has nothing to offer Hong Kong except pointless infrastructure projects, vacuous slogans and growing political repression. The city’s once-respected police are now deploying the anti-triad squad on thought-crime witch-hunts and trying to ban Facebook accounts, education bureaucrats are ordering schools to find and inform parents of kids with ‘wrong or radical concepts’, and university administrators say ‘no political advocacy’ on campus and freak out over pro-independence posters. And in a global first, Hong Kong rats are now passing hepatitis to humans.

‘One Country, Two Systems/High Degree of Autonomy’ – also known as ‘let’s pretend we’re not part of a Communist dictatorship’ – are officially over.

A group of Occupy veterans called HK Civic Hub issue a report on Beijing’s ‘sharp power’ in the city (here’s the whole thing). Their thesis is that the CCP is testing such tactics in Hong Kong ahead of using them in other free societies, which is debatable and not very relevant – but a good angle for the foreign media.

Who it seems are rapidly catching up with the reality of Communist-ruled China. John Pomfret says Beijing has only itself to blame for its growing unpopularity around the world, even if we have to agree with Donald Trump on this. Academic Deng Yuwen goes further and reluctantly cites Steve Bannon in proposing Xi Jinping as the ‘last leader of true Communism’. (The analyses surely do not need sleazy demagogues to validate them.) For the theoreticians, here’s a comprehensive, indeed dauntless, list of reasons why China is totalitarian rather than authoritarian (brought to you by the phrase ‘Post-fascism with Sino-Legalist characteristics’). For balance, here’s a voice of mild, moderate, calm reason from the Brookings Institute.

Who can we blame? Joseph Bosco points the finger at Henry Kissinger…

Kissinger sees China today as the embodiment of an ancient civilization with hallowed principles of governance — not as a modern communist dictatorship whose founder scorned the very culture Kissinger now posits as its operating principle. Mao Zedong conducted a Cultural Revolution against Chinese history and the Chinese people.

And if you’ve nothing to do on Monday, how the Communist Party is trying to control Tibet by micro-managing reincarnation, and why a Chinese military invasion of Taiwan would be such a mess they probably won’t dare. 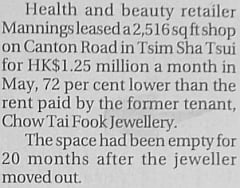 11 Responses to Have a happy National Day!