The Sevens, at last, fade away 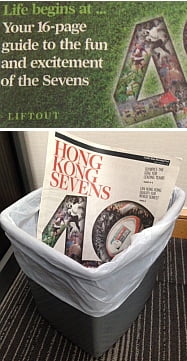 Hmmm… What to do with my ‘16-page guide to the fun and excitement of the Sevens’?

I was barely aware that the annual extravaganza of tedious grossness was upon us yet again. Usually, the approaching tournament is in your face for weeks before it takes place, with various promotional activities featuring men in suits grinning and holding oval balls, desperate people begging for and whining about tickets, and endless media hype about how 20 million pies will be consumed over the weekend.

This year, there seems to have been little fanfare. Judging from the broken beer bottles strewn along the streets near Lan Kwai Fong this morning, it remains an excuse for contrived underage debauchery among the city’s expat brats. And no doubt the usual flood of podgy, pink, male Westerners are pouring in from hellholes like Dubai all ready to stroll around talking loudly and wearing highly original purple wigs. But on the whole the event seems subdued, as if the community (or those segments of it that ever paid it any attention) has tired of the ritualized ‘fun and excitement’ and the multi-millions spent on corporate sponsorship, hospitality and suites. (So 1990s.)

Bloomberg confirms my suspicions. It reports that Mainlanders are attending in ever-growing numbers, condemning the Sevens to the same category of uncool as the Maldives and drying your panties in the airport. And landlord Allen Zeman pronounces the occasion a boost to Hong Kong’s image in the world – always a sure sign that we would be better off without something.

To put all this irrelevance in perspective, Chief Executive CY Leung maintains that Burma and North Korea have genuine universal suffrage if their laws say they do, and that the British Prime 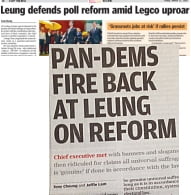 Minister is not popularly elected (an insult to David Cameron’s magnificent defeat of the Monster Raving Loony Party’s Howling ‘Laud’ Hope). He fails to mention the US Electoral College system – Beijing apologists’ favourite example of the West’s fraudulent version of democracy. But even so: another day, another inflammatory and delusional comment almost designed to bring Hong Kong closer to Umbrella Revolution – the Sequel.

Amazingly, CY finds time to stuff more of his household’s dirty laundry in our faces. Last week, it was the Facebook uproar-embarrassment over his suicidal/runaway daughter. Now he issues a statement to rebut a former employee’s tittle-tattle in the media about life chez Leung.

The curt press release seeks to belittle Chung Kin-leung by clarifying that he was not the Grand Chief Chef he said he was at Government House, but a mere Kitchen Elf (grade II). Having established that the man is just (unusually impertinent) grassroots public-housing riffraff rather than a One Of Us middle-class professional, the statement insists that Chung was not, as he claimed, required to hit the floor with his forehead and address the Leung offspring as little princes and princesses, but was indeed allowed to call them by their first names. (Is permitting servants such familiarity with children itself condescending? Something to ponder over the weekend.)

Maybe there was a time when the world saw Hong Kong as the home of the Sevens. Somewhere along the way, the city’s image has shifted towards that of the young people holding umbrellas amid clouds of tear gas. One way or another, that looks set to be so.

I declare the weekend open… 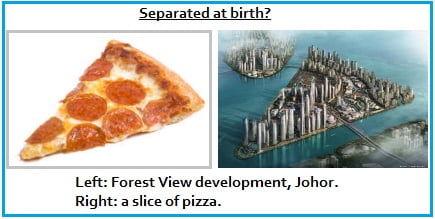 13 Responses to The Sevens, at last, fade away