Just time for a quick Scotch

At last – a Scottish resident of Hong Kong saying he supports independence from the UK. All the other North Britons I know in the Big Lychee think the idea is crazy.

On reading the South China Morning Post piece, I find that the author himself shared this view up until a mere three days ago. Then, the Westminster-establishment pols campaigning for a ‘No’ vote in today’s referendum collapsed into a heap of gibbering flailing wrecks begging to be given a second chance and issuing dire warnings of doom if Scotland splits away. That was, beyond doubt, a fairly vomit-inducing sight, but hardly scientific proof that secession would increase happiness and prosperity. I also see that he is an SCMP journalist, which suggests that the column is in fact a pro-Beijing United Front attempt to turn MI6’s local Anglos and Celts against one another, and thus undermine the plot to use Hong Kong to overthrow the Communist regime. (Note the over-clever Presbyterian-sounding stuff about selfishness.)

I guess it is not a coincidence that Scottish-registered voters living overseas are disenfranchised during this referendum. The more you see and know of the big wide world – of global trade, finance and power – the less appealing a future as a small, narrow-based economy is likely to look.

It is definitely not a coincidence that the Nationalist leaders of Scotland’s current administration have given 16- and 17-year-olds the vote for the referendum (and were even thinking at one stage of a voting age of 14). The fact the Nationalist government sees a need to bulk the electorate up with the less-experienced and less-educated speaks volumes.

On top of that, many countries would require a constitutional change of this magnitude to be passed by a significant (say 65%) majority, rather than risk a situation where 51% vote ‘Yes’ and 49% don’t want independence. That’s not a great way to start up a new nation-state in sweetness and harmony.

That Scotland’s First Minister Alex Salmond and colleagues are this desperate to start up their own country should be a worry.

Both sides in the independence debate have been making sense, but on totally different levels. On the ‘Yes’ side, the argument is all about emotions and symbolism: idealism, optimism, hope, change – and more than a little extra equality and fairness to be funded by oil revenues gushing across the land. On the ‘No’ side, it’s all about currency and fiscal arrangements, national debt, interest rates, central banking, deposit insurance and trade relations. So you have smarmy Southerners and financiers lecturing irritable Glaswegians and starry-eyed school-kids about the bond markets.

The one point at which the two sides intersect is the National Health Service, worshiped throughout the UK, understandably, for delivering health care to everyone without – miraculously – costing anyone any money at all, ever. So mesmerized are the British by the NHS that they would happily sign up to becoming Ugandan or going back to Norman rule to preserve it. In any British election, whichever side scares the voters more about the opposition’s plans to reform the sacred 1948-era healthcare system has an automatic 10-point advantage.

Presumably, after having had their fun scaring the wits out of the over-centralizing bores in London, Scots will conclude that discretion is the better part of valour and vote for the Union.

For Hong Kong, there is a curious, partial echo of all this: the debate about whether pro-democrats should veto Beijing’s proposed framework for quasi-democratic elections. The arguments are on different frequencies – one driven by excitement, idealism and no little anger, the other by weariness, calculation and probably cynicism. That’s probably as far as the parallel goes. 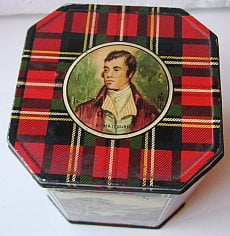 Click to hear a tirade against Scottish rebels written by a famous UK Customs and Excise officer!

10 Responses to Just time for a quick Scotch