In other parts of the world, malevolence comes in the form of Boko Haram or Elliot Rodger, fuelled respectively by perverted religious fanaticism and some sort of collapsed narcissism to be analyzed extensively in the days ahead by anyone who has seen one of the creepiest videos ever. In Hong Kong, we have Executive Council member Cheung Chi-kong.

Cheung outraged right-thinking citizens last week by claiming that crowding on MTR trains was not caused by Mainland shoppers, but by growth in the number of Hongkongers in work (with the crush being exacerbated by the use of hand-held devices). The fact that full employment probably has boosted the number of commuters a bit only adds to the witlessness of the statement. It is not just overcrowding on the mass transit people are angry about, it is overcrowding on buses and on sidewalks and the displacement of local retailers by stores serving visitors. These are all related to the influx of outsiders dragging suitcases around, not a rising labour participation rate or greater use of mobile phones.

Who is this person, and why is he sitting on a body that theoretically advises the Chief Executive on policy? The official bio (which should update his age by two years) tells us he is the executive director of the One Country Two Systems Research Institute, a pro-Beijing ‘think-tank’ co-founded years back by now-Chief Executive CY Leung, and supported by just about every cartel-running tycoon in town (seriously: try spotting the ones who are missing). He is also on the large but nonetheless curiously ethnically homogenous Public Library Advisory Committee – and it would be interesting to dig around to see how many other Communist Party loyalists are in there, and other menaces to all that is right and decent, like fundamentalist Christians.

As for what he is doing on the Executive Council – well, what is anyone doing on it? The selection of non-executive members is an exercise in box-ticking: guy from Heung Yee Kuk; self-made industrialist; ultra-tame semi-pro-democrat; a legislator from each pro-Beijing party; potentially outspoken nuisance better inside the tent pissing out, and so on. The principle of collective responsibility officially binds all of them to supporting government policy across the board (though a few

scummier or free-thinking ones occasionally lapse). So far as we can tell (there’s also a more-or-less strict vow of secrecy), they are there to endorse rather than to advise.

The simple explanation of the uproar is that Cheung is intellectually feeble and his view on MTR crowding no more than a flagrant insult to basic intelligence. The other explanation is that, by so plainly denying something everyone knows to be true, he was engaging in one of the most fundamental (and not exclusively) Chinese Communist Party techniques. In its little way, his statement was no less absurd than “China owns parts of the ocean 100 miles off the Philippines” or “Foreign forces are the cause of unrest in Tibet and Xinjiang.” He said it in that spirit: on the assumption that everyone was to believe it, out of duty.

After a well-deserved public kicking, the smug Bronze Bauhinia Star smirk falls away and he says sorry and admits he is wrong. This is tantamount to saying that yes, there are too many ‘tourists’ crammed into this city. And it raises the question, yet again: what are you going to do about it?

The only way for Hong Kong people to get an answer is to make trouble. This they are doing in South Horizons, protesting the closure of stores for local residents in a mall amid fears that the landlord is going to rent the space out to tacky brands after a new MTR line opens the neighbourhood up for Mainland shoppers. The Standard’s ‘Mary Ma’ editorial is horrified that the mall’s (longstanding) Prada, which symbolizes the feared onslaught of overpriced-tat outlets, is being victimized. “The store pays the rent and conducts legitimate business – it’s an innocent party…”

This is true so far as it goes, as is the bit that says: “Along with the new infrastructure comes [sic] potential business opportunities to tap. What the mall’s landlord is doing is exactly what Hong Kong has done over the years – chasing opportunities.”

When we fantasize – as we all do – about the day the government introduces drastic measures to slash the number of arrivals, we envisage Prada, Louis Vuitton and the dozens of other merchants of crap whining along these lines. But are the multinationals selling all these handbags and watches so innocent? They invest in Hong Kong in full knowledge that their profits will rely on a market distortion in which a small region with artificially limited space offers an artificial price advantage (two sides of the same coin, in fact: high invisible taxes on land compensating for non-existing taxes on retail sales). And, assuming they do due diligence as all investors do and consider such things as political risk, they are also in full knowledge that this ‘opportunity’ is causing significant hardship to the vast majority of residents here.

In the absence of a level playing field without distortions, the chains of designer-label stores are not especially innocent – profiting by driving out businesses serving local needs. And the opportunities are for a few interests alone, and at the clear expense, zero-sum, of everyone else. I’m sure South Horizons residents, meek and mild like most Hongkongers, will daub paint all over Prada before they start smashing windows, but if that’s what it takes, that’s what will probably happen before officials start to listen. The retailers and landlords will hardly deserve much sympathy.

To Cheung Chi-kong, the economic pros and cons of the Mainland influx are beside the point. The benefits to retail chains and landlords are just a tool. The aim is to smother and absorb the city socially and politically. There’s an interesting question: who is ultimately using the other: the profit-from-tourists gang, or the Mainlandization-from-tourists gang? Perhaps the answer is who ultimately wins. The more Hong Kong is like the Mainland, the less incentive Mainlanders will have to come here. Which means that, even if Hong Kong people themselves get no say in the matter, the parasitic retail beast still ends up starving. 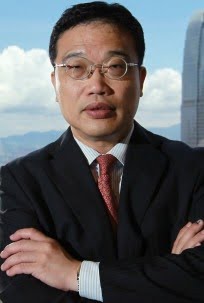