Invasion of the Marvins

A secret group of mad, evil, pro-Beijing scientists are genetically engineering mutant establishment clones called Marvin Cheung. This is clearly a plan by reactionary forces to flood Hong Kong with a new and updated, mass-produced, all-purpose, tycoon-bureaucrat-worthy that can replace the fleet of aging Ronald Arcullies. It is important to introduce a new model now; leave it too long, and the property cartel’s star will continue to fade, functional constituencies will be downgraded, and before you know it, the Big Lychee will have no ‘elite’ safe pairs of hands to keep its priorities in order.

And today, another Marvin Cheung walks onto the scene blathering away about golf courses. The Fanling course, this Marvin insists, is essential to Hong Kong’s status as a world city, because otherwise there would be nowhere peaceful and quiet and green, with calming breezes, singing birds and fragrant plum blossoms, where all the Marvins can escape from the concrete and tourists and shopping malls and air pollution. If we sacrifice Fanling golf course for such a trivial and wasteful thing as housing for people, we will fall behind ‘international cities’ Shenzhen and Shanghai and starve to death. Using the public golf course on Kai Sau Chau isn’t an option, he assures us with a smile, because it’s crap.

New Marvins will come into operation every working day for the rest of this month to: warn gravely about the aging population, urgently call for compulsory private health insurance, be appointed to a dozen government advisory bodies, push for a sales tax, get awarded a Gold Bauhinia Star, start the debate on the fourth and fifth runways, declare that air pollution is good for your children, and back plans to reserve all public spaces outside Fanling for tourists only. 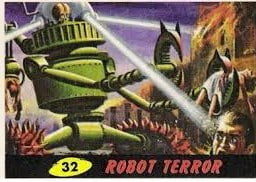 12 Responses to Invasion of the Marvins