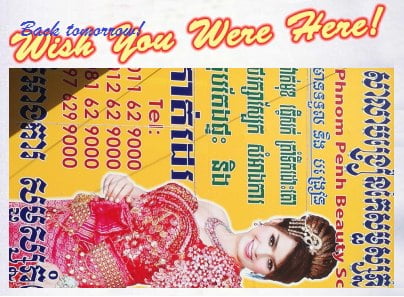 Last week’s teenage heartthrob and hipsters’ hero Edward Snowden turns up in the 7-Eleven opposite Perpetual Opulence Mansions this morning, clutching his

trademark Rubik’s Cube in a desperate attempt to be recognized. Even the South China Morning Post, which shot to global prominence for its scoop-but-for-the-Guardian, is reduced to filling its daily page dedicated to his saga to filler from news agencies and a summary of whiny Mainland media.

Fame is cruel, I tell him. Why, it seems only yesterday that HK Magazine reported calls for me to take over both China and the Catholic Church, and a million keen-eyed secretaries, marketing floozies and young housewives mentally undressed me wherever I went; now, it’s as if no-one had ever heard of me.

Still, I try to reassure him, at least our names were upon everyone’s lips for a while. The Standard carries a short story about a certain Ashton Kutcher and his companion, one Mila Kunis. I suppose the news angle – they plan to get married on the moon – warrants a few column inches. But the tone of the piece clearly implies that we should know who these people are. I have never heard of them, and my new friend Ed, despite having enjoyed access to the personal details of around 4.5 billion people, confesses similar ignorance. We decide to make a game of it: I wager that the pair are Euro-trash tennis players (the hat and the silly names are real giveaways); Ed bets they are winners of some TV talent show. Sadly, none of the convenience store staff or customers can give us the answer.

Ed asks if I can recommend any purveyors of fine public relations services to assist him in his quest for the international, or at least local, limelight. He insists that it is not just attention he craves, though he admits that once you get a taste for it, it’s hard to fade back into anonymity. The fact is that even after exchanging the Hotel Mira in Tsimshatsui for the YMCA, he’s finding Hong Kong unexpectedly expensive.

I commiserate. If the United States authorities wanted to seriously punish him for his treachery, they would not issue an arrest warrant – just keep on ignoring him. The poor guy would end up living in a subdivided apartment in Shatin scratching a living sorting out middle-aged fuddy-duddies’ computer problems. But he may be in luck. I remind him that media and dimwitted Congressmen who can neither work out how to use Google nor find Hong Kong on a map are frothing at the mouth demanding his abduction by CIA-backed triads, rendition via Uzbekistan and Guantanamo Bay, waterboarding, 20 successive 300-year prison sentences and the death penalty for endangering thousands of servicemen’s lives and imperiling the very existence and freedom of the nation itself by revealing those riveting secrets that so obsessed us all for a few days in mid-June before we forgot what they were and life went back to its previous grey normality. That, and the price of a carton of Vitasoy, puts a relieved smile on his face.

11 Responses to Update from Hemlock