A walrus or a Homo erectus would do it better

Stock market analysts misjudge Deutsche Bank’s fourth-quarter profit by a factor of eight. They can be forgiven. They don’t work for the company, so all they can do is look at charts and do their voodoo. Unlike Hong Kong Financial Secretary John Tsang, who has teams of highly paid bean-counter and economist bureaucrats watching over the city’s revenues pouring down the gaping government gullet day after day.

If an FS says we will have an x-billion budget deficit and it turns out to be a 10x-billion surplus once, you could put it down to bad luck. When he does it most years, as the Standard’s graphic shows, there is something wrong. It now looks as if his predicted 2012-13 HK$3.4 billion deficit is going to be a HK$40 billion-or-more surplus. That’s four times the amount the administration plans to spend over several years phasing out dirty vehicles to clean the air.

The SCMP quotes lawmaker Ronny Tong as saying that this miscalculation must be deliberate. Quite a lot of people believe this, the theory being that it is a way of managing expectations and quelling calls for handouts or higher recurrent expenditure. But such a tactic, if that is what it was, stopped working years ago. The tactic ceases to exist once you accompany it with the plethora of witless electricity subsidies, tax rebates and other handouts seen over the last few years. Anyway, such a blatant and futile attempt to hoodwink the public annually would be clear proof of idiocy.

The only other explanation is, well, idiocy. The sort that manifests itself as incompetence. A real walrus, rather than an impersonator, would do a better job of monitoring and estimating the incomings; based on which, he would either reduce them or prudently raise spending on something underfunded like health, from budget to budget. As it surely says he is supposed to in his job description.

Tsang could argue that Hong Kong’s fiscal system, which randomly delivers revenue in huge clumps out of synch with either the calendar or the economic cycle, is the problem. But after merrily not reforming the tax system for six straight years, that would also be an admission of incompetence. His best hope is to plead insanity.

Some interesting mutterings are going on about whether ‘the’ (more accurately, ‘some’) Chinese believe they are a separate race descended from a different line from that of the rest of humanity. It’s an irresistible topic. Lots of cultures see themselves as apart. The Japanese claim their stomachs are different from everyone else’s (though this has largely served as a justification for import barriers on rice; their snow is different too, hence tariffs on foreign skis). And could anything be more arrogant than the American fundamentalist Christian assumption that their country and constitution are favoured by God (a belief directly inherited from the English puritans).

Modern DNA analysis has blown claims to racial exclusivity away, and no self-respecting Chinese archaeologist or anthropologist today would dispute that we are all distant cousins. (Those who once did presumably did so out of political rather than scientific conviction.)

I declare the weekend open with this thought: it’s not as if being a Homo erectus was something to be proud of. 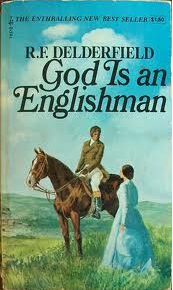