“We have no intention of putting pressure on local courts or judges,” proclaims Hong Kong’s Secretary for Justice Rimsky Yuen, as he points a gun to the judiciary’s head and tells them to choose between defying strongly held and emotionally charged popular opinion or further shredding the principle of rule of law in this city.

The Mainland and Hong Kong worthies who painstakingly drafted the Basic Law did a fairly admirable job of keeping the Big Lychee’s post-1997 constitution short and succinct. Unfortunately, the government is now wishing they had put a bit more detail in the bit about immigration and right of abode. Specifically, they wish two clauses of Article 24, listing who has right of abode, were subject to the following italicized amendments:

(1)  Chinese citizens born in Hong Kong before or after the establishment of the Hong Kong Special Administrative Region except where neither parent already has right of abode here.

(4) Persons not of Chinese nationality who have entered Hong Kong with valid travel documents, have ordinarily resided in Hong Kong for a continuous period of not less than seven years and have taken Hong Kong as their place of permanent residence before or after the establishment of the Hong Kong Special Administrative Region except those with brown skin who wash dishes.

Two possibilities come to mind. One is to just live with the law and accept the fact that Mainland mothers’ offspring and the longer-serving overseas maids can live here. Given that we are supposed to be wetting ourselves about the dreaded looming disaster that is the ‘aging population’, this option could in theory be a ‘win-win’. The alternative is to accept that Mainlanders and poor yet irritatingly cheerful Southeast Asians are unacceptable as fellow citizens to Hongkongers who are already feeling shoved to the margins of their own city by what seems like a billion tourists, and amend the law.

However, this is Chinese, not Hong Kong, law, and for some reason Beijing does not do amendments, at least not to the Basic Law. It could be that Mainland officials fear a loss of face if they admit that the original drafting was inadequate, but more likely is a general distaste for the idea that the meaning of laws must correlate with their actual wording rather than with the executive’s mood at any given time.

Every time we go through the process of ‘interpretation’ – a summary declaration of a new meaning to a legal clause, notionally by the Standing Committee of the National People’s Congress – rule of law in Hong Kong get that bit more tarnished. Beijing’s right to overturn Hong Kong courts is an inevitable requirement of the one-party system, but it has usually been exercised where some sort of ‘national’ interest is at stake; local immigration is essentially a domestic matter for Hong Kong. Right of Abode is of course a hot topic, and it would be highly expedient for Hong Kong officials to use this route as a de-facto amendment. However, it is hard to escape the feeling that Mainland officials and sympathizers like former Justice Secretary Elsie Leung like an occasional ‘interpretation’ as a way to gradually and cumulatively tame the wild, uncontrollable and alien common law.

The administration of Chief Executive CY Leung has a baser political motive to toss this at the courts right now. The people who will denounce ‘interpretation’ and argue, in effect, for allowing millions of starving brown hordes to invade Hong Kong are the same people leading the attack on CY over the illegal structures saga. Rimsky Yuen’s actions are no doubt part of a long drawn-out independent process, but it’s certainly a convenient time to get the government’s most outspoken opponents to damage their own public standing.

Flicking over the page of the newspaper, the mood darkens further… 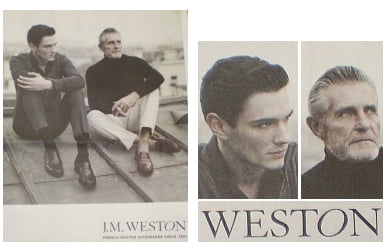 Two obvious sexual deviants, probably on the run from the forces of law and order, are for unknown reasons sitting on a roof. The older one is some sort of psychopath and capable of the most horrific acts of cruelty and evil – and indeed fantasizing about one right now. The younger one is mildly retarded and easily manipulated. Below the picture is the name ‘JM Weston’. The ‘o’ in Weston is leaning to the right, hugely enhancing the importance and meaningfulness of the eerie scene in ways too numerous and profound to describe. Barely pausing to declare the weekend open, I am mysteriously impelled to buy shoes.

12 Responses to Rimsky to Court of Final Appeal: Merry Xmas