I wonder how many people voted yesterday in Hong Kong’s Legislative Council election without having heard the news from the day before that the government had withdrawn its tragi-comic Moral and National Education plan. Except there is “no question of withdrawing this subject.” A useful little face-saver: MNE lives on for the handful of schools that wish to adopt it. Still, so much for the vital importance of “enabling students to be moral, think independently” and all the rest of the BS. This really was Son of Article 23 – a sacred duty to the nation unceremoniously scrunched up and tossed in the bin.

Although the timing of the climbdown looked desperate, Chief Executive CY Leung did a tolerable job of looking comfortable about it, essentially blaming the last administration for introducing the project and saying he would rather focus on housing and poverty. The truly humiliated here, aside from hapless Education Secretary Eddie Ng, are the faithful drones who were ranting that MNE was essential, the patriotic fools who produced the fatal China Model teaching booklet, and – not least – the puppet-masters in Beijing’s Hong Kong Liaison Office who surely had some input into the self-defeating tactics used to implement the policy. If I thought CY was really as cunning and ruthless as some say, I would suggest that it was he who has taught them a lesson here.

(So what happens to those 1.5 million pamphlets? Will they be pulped, leaving a precious few going for megabucks on eBay? )

The election results essentially show a win for the pan-democracy camp, at least compared with what could have been. One interesting thing is that internecine competition seems to have hurt the pro-Beijing camp as a whole more than it did the pan-dems, thanks no doubt to the high turnout inspired by our friends in the Liaison Office. (The DAB’s Starry Lee did an impressive job of swiping votes from her colleague Lau Kong Wah and the FTU’s infinitely more deserving Chan Yuen-han in the race for the five ‘Super-Seats’, three of which look set to go to the pan-dems as of 10.30 this morning.)

Another thing to note is that only the number-one person in a list gets a seat. No number-twos have made it into Legco, including the Civic Party’s Tanya Chan on HK Island (partly my fault for voting for Cyd Ho) and Audrey Eu in New Territories West, even though both lists got over 70,000 votes, far more than any other lists.

Even a ‘big’ vote is a small one, however. The Civic Party’s share of the total on Hong Kong Island was 21%. Lots of legislators will be in office despite winning less than 10% of the vote in their district – many of them no doubt complaining that the Chief Executive lacks a mandate. This explains why unexciting middle-ground candidates like Regina Ip, her buddy Michael Tien and his brother, the Liberal Party’s ghastly James Tien, all get in.

Although MNE and the wider Mainlandization concerns helped the pro-dems on this occasion, the pro-Beijing camp and the United Front organizers in the Liaison Office will be examining structural factors that failed to work to their advantage. The multi-seat constituencies and wacky proportional representation system were designed to compensate for the electorate’s 1990s-era lack of enthusiasm for pro-Beijing candidates. Yet despite the pan-dems’ self-destructive splits and obsessions, and despite the growing number of Mainland-born patriots on the electoral register, and despite the DAB/FTU’s lavish funding and the shadowy tactics they use to manage voters, they are still not winning the seats they should. The system’s supposed to be rigged, for heaven’s sake. Proposals for constitutional reform in the coming years may include a re-look at the geographical constituency system to redress the balance and restore its intended imbalance.

Lastly – where was the dirt? Where were the leaks about candidates’ illegal structures? Where were the photos of pro-democrats’ visits to sleazy Shenzhen massage places? Where were the revelations about the offices they rent from their in-laws? Disappointed… Presumably the Liaison Office was distracted by the MNE fiasco. They seem to have been the biggest losers here. 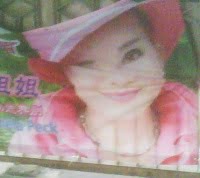 Click to hear ‘I’m a Loser’ by the Beatles!

20 Responses to Victory goes to the disorganized, squabbling incompetents