The South China Morning Post invites us to spare a thought today for those who, faced with the uncertainties and confusion of modern life, suffer from doubts, a crisis of confidence and consequently great mental anguish. They are the useful idiots who pad out the 1,200-strong Election Committee, which theoretically votes

for Hong Kong’s Chief Executive. Not only do they vote the way Beijing tells them to – they freely admit it. There they are, all ready to strut around the polling hall on March 25 being big important electors casting their votes, and the great cosmic understanding and acceptance of the inevitability of Henry hasn’t happened.

Kwan Chi-yee of the Chinese medicine sector pleads for help: “I wish that Beijing could give a clearer message of its preference so that we could vote for that candidate accordingly.” The Hong Kong Taoist Association’s Hau Wing-cheong laments that “The central government’s officials did express their preferred candidate [to us] a long time ago, as we understood it. But the situation has changed.”

Maybe Kwan could suck on a cordyceps or do a little moxibustion to clear and strengthen his life energy and come to a decision all by himself. Hau, of course, can always resort to the Taoist concept of Wu Wei – ‘action through inaction’ (always works for me). Funny how a practitioner of unscientific, superstition-based folk healing and an adherent of a religion that isn’t a religion turn up in a charade of an election procedure.

Some EC members are made of slightly sterner stuff. Tycoons and demi-tycoons are increasingly expressing tentative acceptance of CY Leung in public. If Beijing intended to penalize them for not voting for Henry, they would have heard by now; that’s essentially the logic. It presumes that China’s leadership is paying attention at a time when it is wrapped up in reformist/leftist/princeling factional tussles. (The purging of Bo Xilai may be about personality as much as ideology, but it puts a dropping of little Henry in perspective.) Note that this logic – and the agonizing of EC members generally – assumes that the CE ‘election’ ballot papers can and will be checked to see who voted for whom.

To the extent that China’s top officials are thinking about Hong Kong right now, they must be considering the city’s outspoken, march-prone populace, its raucous press and its undisciplined, infantile tycoons. And they must be looking at the porous border, and, being paranoid, pondering the possible contagion of their own simmering masses. And they must be concluding that they have to allow the spoilt former colonial subjects to exercise a veto, to shut them up. The people of Hong Kong have got the Chinese Communist Party by the balls. That’s all nervous, undecided Election Committee members need to know – assuming, of course, that Henry is beyond redemption and/or CY is beyond character-assassination. In which case, we are in for some seriously glum faces. Try to grin and gloat with at least a pinch of decorum. 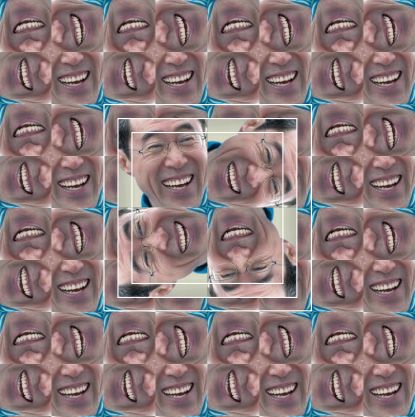 Click to hear ‘Mexicali Blues’ by the Grateful Dead!