Posted on September 6, 2011 by biglychee

During the 1950s, my mother led the sort of normal married life you would expect of someone from a conservative, religious background, being a housewife, raising my elder brother and doing some teaching. Then she and my father separated – this was a time when divorce was relatively rare and even shameful. She then became involved with the social reform, particularly women’s lib, movements of the 1960s and 70s. There were copies of Ms in the house, bohemians in cheesecloth skirts passed through, and she was active in demonstrations, committees, voluntary counseling work and the like.

In retirement in the 1980s and 90s, she caught up on all the travelling she had never had the chance to do. I had access to very cheap first-class tickets at one stage, so she flew around the world in style. When my travel perks were about to come to an end, I called her up and asked if she wanted one last trip in luxury, and she jumped at the opportunity, saying she wanted to get away for a few weeks while something sensitive blew over – something she needed to tell me about. She wouldn’t say what.

After I picked her up at Kai Tak, she made an announcement on the bus into Central. Back in World War 2, barely out of college, she had become pregnant by a married serviceman and had had a baby girl. I immediately halted the bus and threw her out, saying: “You can’t do that, you’re my mother – how dare you?” Well, something like it briefly crossed my mind. Her parents had hushed everything up and banished her to a distant relative before she gave birth in a clinic run by nuns, where she was pretty much forced to give the baby up for adoption. For all these years and decades, none of her horde of siblings had ever known a thing about it. Now, she had revealed her secret to a few carefully selected friends just before coming to Hong Kong, knowing the gossipy old crones would spread the word far and wide in her absence.

She had come clean because of a package she had received a few months earlier. In it was a sealed envelope and a letter saying the writer had been adopted and was looking for her natural mother. After much research (helped by a clue my mother had long kept for this purpose in the way she styled her name) she thought maybe she had succeeded. If you want to know more, the writer said, please open the envelope; otherwise just throw it away. Of course, my mother opened it. After a few tentative meetings, at which my mother found she was finally a grandmother, the lost daughter and mother had decided to go public. That mid-life transformation into women’s lib activist had deep roots. 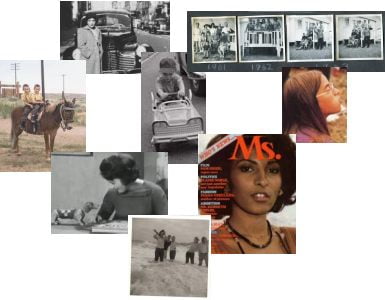