Something in the air

Radioactivity in the air caused by cesium-137 – typical after nuclear accidents – reaches 252 becquerels per cubic metre in South Korea; at the beginning of this month it was 89.6 becquerels. For people in Asia and beyond determined to succumb to the paranoia-fallout from the Fukushima power station, there is good news and bad news here. The good news is that you need a cesium level of 50,000 bequerels per cubic metre to endanger humans. The bad news is that this has nothing to do with events in Japan: the stuff routinely blows in from China. 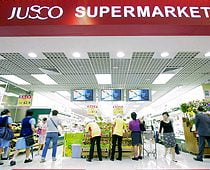 In Hong Kong, vigilante groups are patrolling neighbourhoods around Sogo and Jusco supermarkets, prepared to shoot Japanese spinach on sight. A stroll around retailers specializing in such imports has always left me wondering: who is actually buying this produce from the Land of the Rising Sun, often costing, as it does, three or four or more times what identical species of vegetables and fruit go for in our local markets and cartelized stores? It must be branding. Japan is a place where the toilets play music, emit scent and analyze your urine, while China is full of deadly pig viruses and milk-adulterators; therefore, our rich, under-educated hypochondriacs reason, the HK$50-a-bag greens air-freighted in from Narita are the way to go. Except now, at least.

On top of the gullibility of consumers we have scientific illiteracy and mistrust of authority. Eating Japan’s affected spinach for a year (if you can afford it) would expose you to the equivalent of a fifth of a CT scan’s radioactivity*. According to one estimate, giving a little kid Tokyo water with the latest scare levels of iodine-131 would be fine for up to six months. But at the very least officials have to play safe; at worst, they see a need to pre-empt public paranoia and pander to it, rushing in this case to advise that public tap water is too radioactive for newborn kids, thus (obviously) leading many adults to balk at drinking it themselves, thus triggering panic-buying of bottled water (probably sourced from the mains in the first place).

The Atlantic column calls on the government to be “thoroughly forthcoming with information.” But this presumes people will understand the facts. Having a passing interest in archaeology and pre-history, and thus carbon-14 dating, I know what an isotope is, and what a half-life of one is. That probably puts me in a smallish minority. What I know about the differences between beta and gamma radiation and their molecular effects on living cells I could write on a postage stamp. Start measuring it all in becquerels, rads or sieverts, and 99.999% of us are lost. Add slimy politicians proclaiming that there is no need for panic, and is it any wonder that even the calmest and most educated of citizens start to feel edgy?

If it’s any help, I can suggest a bright side. Yes, these stray particles can hit and damage our DNA and cause cells to divide uncontrollably in the form of cancer. But the official spokesmen trying to reassure the population that all is well could always add that ambient radiation is all around us, all the time. He could even add that we can thank this background atomic activity, along with the sun’s ultraviolet, for many of the genetic mutations that made evolution possible – without which we would be basic strings of amino acids, struggling to be amoeba, rather than attaining the glory of sentient beings with the ability to freak out embarrassingly over the smallest as well as the greatest of things.

And, by the way, all those luxury apartments like Avignon and Billionaire Royale, with their ‘glowing ambience’. Have they checked out their exclusive, shiny, oh-so-high-class, autumn harmony granite kitchen work areas with a Geiger counter lately?

* The half-life of iodine-131 is eight days, so you probably couldn’t get a year’s worth if you wanted it. 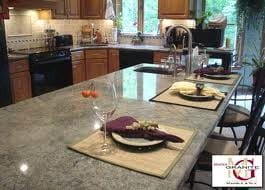 6 Responses to Something in the air