Scariest night of the year 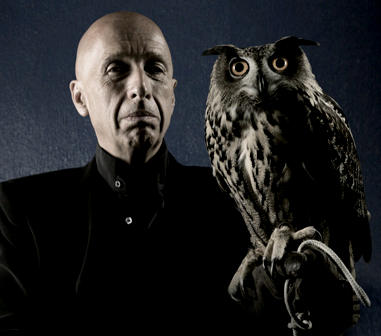 Hong Kong’s Central bar area Lan Kwai Fong, as all right-thinking people know, is an overpriced, phony, malodorous dump. What was once a cluster of largely independent drinking and eating places, including a few with something vaguely like character, is now a tourist trap of lame concepts and branded chains (Planet Hollywood or Hard Rock Café – forget which – is coming soon). The district’s main landlord, Allan Zeman, heavily promotes it on the Mainland as his personal franchise; he recently “purchased a small neighbourhood” in Chengdu to develop into a fake version of the genuine plastic pseudo-pub zone in the Big Lychee. I know you can’t copyright street names because he would have done it.

But for those of us who live close by, there are times on a quiet Sunday when you just want to sit down somewhere convenient and have a beer, and the Soho places are either full or hosting al-fresco dog-owner gatherings. So you gingerly enter Lan Kwai Fong, look around, and ask the cheerful waitresses at a dire themed outlet “Have they all gone?” (referring to the tourists and general riffraff usually infesting the place) and have a sociable drink to round off the weekend.

Since Lan Kwai Fong organizes non-stop exciting festivals, you ignore whatever is dangling from the lampposts, awnings and strings run across the streets. Balloons, Santa Clauses, Easter bunnies, World Cup soccer promos, Canada Day stuff – it doesn’t register. And so there I was, having a relaxing brew late yesterday afternoon, not taking in all the skeletons, and rather disappointed at the absence of the usual Sunday entertainment of workmen tearing up the road.

The first bad sign came when a gang of labourers appeared and started to move metal barriers into place to close off a corridor along one side of the road, sealing it off with blue-and-white police tape. This is standard operating procedure when our valiant law-enforcement officials expect potentially dangerous crowding: reserve an area for the exclusive use of cops in case of a people-crushed-to-death emergency and, in so doing, reduce the amount of space by 25%, thus boosting the likelihood of aforementioned disaster occurring.

As dusk approached, a second bad sign waddled down the street in the form of a white police inspector who had obviously had a bit of trouble squeezing into his uniform, carrying a clipboard and dispensing orders to obedient minions. They were followed by one of those ultra-bitchy, female semi-senior cops who yap at humble constables twice their size, who had her own underlings with empty holsters. All ominous auguries of multi-ethnic multitudes requiring ponderous crowd-control measures. Time for one more Carlsberg and then get out of here.

For the last hour there had been a steady trickle of people with painted kids wearing witches’ hats. I shrugged it off; the Halloween thing had surely been last night. Then – as abruptly as those clouds of burning gas spew down the sides of volcanoes at 200 miles an hour – it just happened. The place was overwhelmed. Ghouls, spacemen, ballroom dancers, cowboys and people with blood oozing from their eyes were posing for camera-wielding hordes. Cantonese was just about discernable over the mélange of Mandarin, English, Filipino, Nepalese and whatever other chatter had suddenly flooded the narrow thoroughfares, not to mention the competing canned music of sundry watering holes.

Just as the crowds really were getting a bit worrying, due to bottlenecks caused by especially photo-worthy costume and make-up jobs, a metallic voice starting blaring out recorded announcements in our three favourite languages. “This is the Hong Kong Police. In order to blah blah blah [and more blah blah blah, as obvious as it was unmemorable], please enter via D’Aguilar Street and exit via Wyndham Street.” This intrusion of 1984 into the ambiance was to be repeated at what seemed like three-minute intervals.

The masses started edging up the hill in one direction. The shrieking of bullhorns (also carrying recordings) drew nearer, and it became apparent that the police, carrying signs in English, Japanese, traditional and simplified, were herding the more docile 75% of the merrymakers along, and out. After a few minutes of relative emptiness, another batch of (mostly bad) costumed freaks and frenzied snappers appeared, and the process was repeated. Bars’ staff – mostly looking far better than usual with cobwebs and gory scars all over their cheeks – turned the volume up, and the tinny police announcements melded surprisingly well into the boom-boom of disco/house/techno/whatever. At one stage, a mob of young people in white T-shirts saying ‘HK loves happiness’ (or something) turned up to dispense low-contact hugs and positive vibes (some sort of Christian, mildly anti-Halloween group, I think).

Few of the revelers and spectators seemed to know exactly what it was all about, but then who does? When I was a kid, we bobbed for apples. Somewhere along the way Halloween became a fancy dress street party. Or sort of. None of the thousands passing through yesterday actually bought a drink, unless you count bottled tea and water from 7-Eleven. This event, widely promoted locally and on the Mainland, is primarily a Zeman brand-boosting exercise, heavily subsidized by the Hong Kong taxpayer – as became obvious after I struggled in the forbidden direction through the throng, via a few perimeter control points and past a huge string of people waiting patiently behind barriers to get in, to see half the police buses in Hong Kong Island lined up along the closed-off streets.

Next week, hopefully, the Water Supplies Department lackeys will be back, drilling, excavating, filling in and flattening the same spot they’ve been working on since 1996, while the garbage trucks roll past. Far more soothing and relaxing.

10 Responses to Scariest night of the year