This is a job for… Supergwai!

We don’t hear much about localization these days in Hong Kong. The active replacement of overseas personnel with natives in the public sector as part of decolonization has pretty much run its course. Although some older Westerners are still plodding their way towards retirement in the ranks of government service, written-language requirements now effectively bar new non-Chinese – even if Cantonese-speakers – from joining the bureaucracy in anything other than a specialist or technical capacity.

In some cases, unwritten rules seem to require a Chinese face. It is unthinkable that any of our universities will ever again have a European, Indian or other non-yellow person as a vice-chancellor, though an American- or Canadian-Chinese is apparently acceptable. It is hard to imagine the authorities deliberately recruiting locally born minorities like Pakistanis or Nepalese as front-line cops to smooth relations with those communities – a standard measure in the US and UK for decades.

Some public-sector positions are still open to foreigners. The judiciary is full of white and even brown faces. This is partly because Rule of Law, along with a maximum 15% tax rate, is sacred – and seen to be more so with every sandstorm or disease scare. But it is also because local legal talent can make much, much more money in the corporate and financial world. Similarly, there appears to be no particular rush among local members of the Hong Kong Police to ease one Mr Brittain out of his job as Senior Bomb Disposal Officer.

A few, but not many, eyebrows were raised when Australian health administrator Shane Solomon was appointed head of the Hospital Authority four years ago. There may well have been some local officials bickering behind the scenes wanting the high-profile job, but there were probably many more who wouldn’t have gone near it. The public healthcare system is underfunded and bureaucratic, while patients are increasingly fussy and the media constantly poised to turn every misdosage and misdiagnosis into the crime of the century. Give the job to an outsider – there’s nothing to lose. 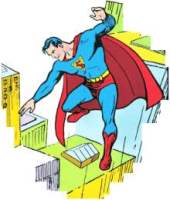 Click to see Pete n Dud at the art gallery!

Another poisoned chalice now goes to one Graham Sheffield, artistic director of London’s Barbican complex, who has been appointed first Chief Executive of the West Kowloon Cultural District Authority. Does he realize what a pit of vipers he has agreed to jump into?

It was inevitable that this job would not go to a local. The West Kowloon reclamation was jinxed from the start, presumably because of the impact of the new finger of land on the harbour’s feng shui. Departing colonial governor Chris Patten saw the area, reclaimed as part of the airport express rail project, as a badly needed park. His successor, Tung Chee-hwa, succumbed to the more traditional idea that letting Hong Kong people enjoy some open space would be a waste, so decreed it should be some sort of tourism-related hub, complete with sports stadium. This rather predictably transmuted into an opportunity for the property tycoons to cover the area with luxury high-rises, under the guise of an arts hub to be funded by a slice of the profits. A plan to give the whole project to a single developer (or consortium) caused public outcry and had to be abandoned.

Tung’s successor Donald Tsang swallowed his pride and reluctantly agreed to fund the whole arts hub idea out of the government’s bulging coffers, consoling himself with the thought that at least all the money would go on concrete. ‘Arts’, it goes without saying, has never meant any more than narcissistic, vanity-project, white-elephant theatres and galleries, preferably big, ugly ones designed by apparently famous European architects. The idea that you need something to put in these edifices was an afterthought, entrusted to a big bureaucracy full of civil servants called the WKCDA.

Mr Sheffield will now try to run this thing, even though the bureaucrats have already made themselves very comfortable with as many committees and boards as they can set up, and are enjoying all the attention from an array of cultural groups – many publicly funded to start with – demanding a piece of the museum/concert hall/theatre action for themselves.

Assuming he can wrest control from civil servants determined to serve the community come what may, he will find that orchestras, ballets, portrait collections and statuary will be the least of his problems. There will be volatile, trendy young creative types demanding time and space for the latest Canto-avant-garde out of Shatin. He’ll have Chinese opera activists with connections in Beijing and a zero-tolerance attitude to uppity barbarians. There will be Christian fundamentalists crawling all over the place ready to

screech in outrage at the slightest hint of nudity. There will be friction, rivalry, backstabbing and disharmony everywhere, except among the 7 million people of Hong Kong, who will stubbornly refuse to show the slightest shred of enthusiasm for any of it, unless maybe a bit of nudity sneaks in – Salome, say.

Mr Sheffield has undeniably started by asserting himself with in-your-face defiance. Can anyone in the Big Lychee remember the last time they saw a black jacket with a brown shirt and a blatantly un-matching tie? Good luck to him.  Personally, I’d feel safer running the bomb squad.

10 Responses to This is a job for… Supergwai!