Police estimated the crowd at 4,600 (later 9,000).  But for every marcher there was at least  one (apparently sympathetic) spectator.

Lyndhurst Terrace, several blocks away. Some 60 bus routes were diverted, though of course you could park your SUV illegally anywhere you liked 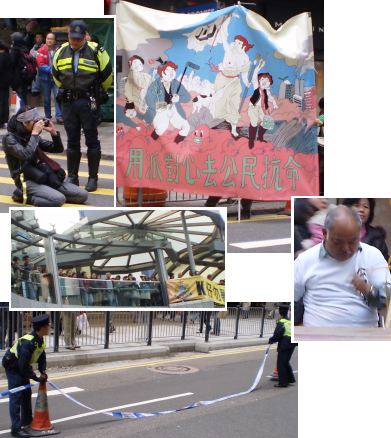 Activists, onlookers and cops prepare on Queens Rd before the procession starts

The marchers assemble on Chater Rd under watchful eyes. Nice day for a walk, in fact

Plenty of stickers and leaflets being handed out

1 Response to The pro-democracy march