On the top floor of S-Meg Tower, in the heart of Asia’s dynamic international financial hub, Ms Fang the hunter-killer secretary shouts to the three Stanleys in the mailroom. Seconds later, one of the trio of dedicated messengers emerges carrying a bottle of Watson’s water, one pack of Garden-brand Saltine crackers and an egg. As he places them on her desk, Ms Fang pours boiling water into a plastic bowl of Doll instant noodles and sprinkles a little sachet of sesame oil into the mixture. Then she breaks the raw egg and stirs it into the steaming, MSG-laden broth with a pair of disposable wooden chopsticks still joined at the top. “It’s been four days now,” she mutters. “He needs some protein.”

Two managers from the Accounting Department look on glumly as she takes a key from a drawer. They put the foodstuffs on a tray and follow the vicious executive assistant to an emergency exit at the end of Private Office. I tag along behind them as they carefully descend two flights of dusty, ill-lit, bare concrete stairs, taking care on the landing to avoid the little plastic plates of brightly coloured rat poison pellets. We stop outside a sign saying ‘19/F Storeroom’. Ms Fang knocks, waits a few seconds, and then unlocks and pushes open the door.

After the two beancounters go in, the large cupboard is crowded and Ms Fang and I simply peer in from the stairwell. The company’s chief financial officer sits, disheveled and unshaved, on a camp bed from a first aid room. He stares forlornly at the meal set before him by his apologetic underlings.

A hint of humanity briefly flashes in the hunter-killer secretary’s eyes, and she breaks the silence. “Not long now, Mr Poon,” she says. “Less than a week to go.”

“But it’s so unfair,” replies the CFO. “He knows it’s not a real fall in profit. It’s simply a year-on-year reversal of unrealized gains in…” He breaks off in mid-sentence and I have an awful feeling he is going to cry. So angry was the Big Boss with S-Meg Holdings’ 2010 results – to be released tomorrow when eyes are on the Hong Kong budget – that he punished poor Mr Poon with 10 days’ detention. The man’s wife and children have been told he is on an urgent business trip in Libya.

Fortunately, I have some good news. As well as being unnecessarily harsh, incarceration could backfire if the media sense that this senior executive is absent after the announcement. At least, that’s how I put it to our visionary Chairman and Managing Director, who has reluctantly agreed to let his hapless top money man out in exchange for an alternative form of chastisement. Merely cutting his bonus won’t do. It has to be something not just unpleasant but unforgettably so, to serve as a dread warning to the whole senior management team. After giving the matter some thought, I have come up with a suitably fearful penalty. 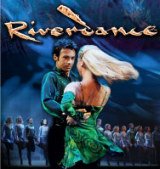 “Mr Poon,” I begin, “the Big Boss has decided to let you out early – right now, in fact. But you have to make a promise.” The pallid face looks up at me in hope as I reach into my pocket and produce a long coloured ticket. “You’ve got to… you’ve got to go and see Riverdance.”

Silence returns to the tiny room as Mr Poon’s head slowly drops with a muted, bitter sob. After a few awkward moments, we tell him to think about it and let us know when we bring his food tomorrow.

1 Response to Update from Hemlock