A minimum wage, a possible law on maximum working hours; Hong Kong now prepares for a transport subsidy for the low-paid. The means-tested allowance will augment a HK$6,000 wage by around 10%, which in theory can make a job in Central more remunerative than welfare for some unemployed in the New Territories and will boost disposable income for the working poor. (Presumably the system will have safeguards against employers seeing the handout as a subsidy for them – as they do with public housing – and simply trimming pay by a similar amount.)

This is a form of income supplement, and therefore a type of workfare, words not traditionally found in the Big Lychee’s dictionary – at least not in the days of the great libertarian experiment that turned the city from third- to first-world in the 1960s, 70s and 80s. Today, however, Hong Kong has two economies. One is, if anything, lapsing back towards the third world, while the other is enjoying unprecedented prosperity (and of course there are a few people in between). Youth poverty rose from below 17% to above 25% in the 10 years to 2005, while per capita GDP at purchasing power parity rose around 50% – equaling an embarrassing Gini coefficient.

To the extent that the numbers really mean something, and that the phenomenon is both a problem and fixable by government, the remedy is structural reform. In a nutshell: get the cartels off everyone’s backs; stop making space artificially expensive; and re-jig the immigration/emigration incentives to suit the city’s skills needs. But that’s far too much like hard work, and of course upsets vested interests; so instead we slap band-aids all over the place in an attempt to minimize disaffection. The bus fares allowance (which will end up with transport companies owned by property conglomerates Sun Hung Kai and New World) is a good example: a minor tweak to increase labour mobility yet also introduce more distortions into the morass of hidden transfers that passes for our domestic economy.

Few commentators even seem to be aware that anything might be wrong. Among all of our think tanks, only the Lion Rock Foundation preaches free markets, but with a religious zealotry that makes its views politically irrelevant (for example, how useful was “the minimum wage bill is immoral,” as a contribution to that debate). The imminent arrival on the scene of an exciting new political organization is unlikely to make a difference… 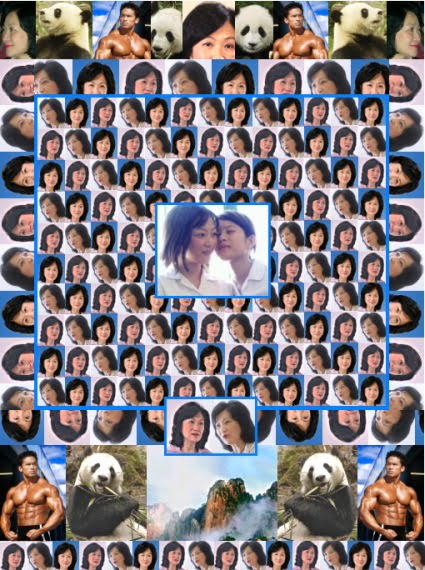 Click to hear the Keene Brothers’ ‘Death Of A Party’!

This is supposed to be the week legislator Regina Ip launches her new political grouping, the New People’s Party. At least two other Asian movements have had this name, and it would be interesting to know whether our former Security Secretary borrowed it from one of them, and, if so, which.

Click to hear the Keene Brothers’ ‘Death Of A Party’!

The first was a 1940s faction that merged with others to form the North Korean Workers Party, still with us today as the Stalinist dynasty supported, or at least suffered, by the People’s Republic of China. Wikipedia says its Korean name was Sinmindang, which sounds very like the Mandarin for what you would expect Regina to pick in Chinese: 新民黨, ‘new people party’.

Those who don’t like the idea of a Kim Il Sung support base need not despair, however. The second, more recent, New People’s Party is dedicated to the overthrow of the Chinese Communist Party and was started up by dissident Guo Quan. This outfit’s name is sometimes translated as New Democracy, but it uses those three characters, albeit preceded by the word ‘Chinese’.

The pro-Beijing Wen Wei Po has given Regina’s new ‘New’ party a few column inches. While perhaps not wildly enthusiastic, the fact that it gives her any mention is a sign of grudging acceptance. The paper seems laid-back about using ‘新民黨’, so maybe Regina did indeed choose the name in honour of Beijing’s ungrateful and feral semi-clients in Pyongyang.

Does the adjective ‘New’ refer to the people or the party? Since Hong Kong never had an original People’s Party to update, the organization must be aimed at ‘new people’ – as in new thinking, perhaps! That would be different. However, if Regina’s ‘policy institute’ Savantas is anything to go by, the ideas will be as stale as you can get: Singapore-style industrial planning spiced up with blather about science and R&D. The lady is recruiting among former senior-ish civil servants and also seems to be offering a haven to the less unspeakable members fleeing from the troubled, misunderstood and mildly pro-slavery Liberal Party. Michael Tien, so far, and perhaps that ‘rising star’ Fong woman no-one had ever heard of before. Lan Kwai Fong* supremo Allen Zeman is lurking in the wings too. These are not people widely known for their radical, out-of-the-box, lateral thinking or detachment from vested interests.

The New People’s Party wants to be liked by the public. It will, for example, reject the functional constituency system. Its launch is connected with the Chief Executive ‘election’ in 2012. Having recently bad-mouthed the two most commonly mentioned candidates (Henry Tang and CY Leung) Regina might even dream of getting the job herself, but she needs to work on her cuddliness. “I have nothing to offer,” she could proclaim, “but high-tech band-aids.”

*Public service announcement: The 7-Eleven in Lan Kwai Fong charges around HK$10.5 for a large can of San Miguel, while the branch 200 yards away up on Lyndhurst Terrace offers two for HK$16 or so. Market forces live on.