Unbridled excitement sweeps through the corridors of power as the Hong Kong government is able to announce that a consensus on something has formed. This is akin to discovering the Holy Grail wrapped in a blueprint for a perpetual motion machine, and lifting the lid to find that it contains the elixir of life, complete with a hen’s tooth floating around in it. The people behind this amazing breakthrough are the Provisional Minimum Wage Commission, which has decided on a suitable statutory pay floor. The actual figure is a closely guarded secret, namely HK$28 an hour according to most newspapers, but HK$29 if you read the Standard/Sing Tao.

The Commission is an improbable little collection of property billionaires, academics and labour activists formed in February 2009; civil servants with ample experience of herding cats have been at their side throughout, steering the group deftly towards the outcome pre-determined by Chief Executive Donald Tsang – say HK$25 or so. But somewhere along the way, between late 2009 and mid-2010, Hong Kong public opinion took an unexpected turn. After years of viewing property tycoons and many other businessmen as heroic creators of wealth, providers of jobs and protectors of babies and puppy dogs, people suddenly started to see them as rotten, dirty, cheating, thieving scumbag-leech-bastards.

The likely origins of this enlightenment include exasperation among the younger ‘post-80s’ generation; the Lehman minibonds affair, accumulated evidence of a growing wealth gap and, not least, the breath-taking (and maybe ultimately self-defeating) increases in naked greed displayed by property developers. At the height of this shift in popular feeling, Liberal Party legislator Tommy Cheung proposed that the minimum wage be HK$20. He later apologized to the community and recommended HK$24, but he should save the groveling for his voters in the catering industry, and other employers of cheap menial staff. With the proletariat growing restless, Cheung’s comments alone must have added a couple of bucks to whatever Donald’s original figure was.

With prospects of a lower-range number fading, the pro-labour lobby on the Commission presumably felt emboldened to make a bit of a concession from their original high-end demand of HK$33. They know that once it is introduced, the minimum wage is going to be a hot potato impaled on a lightning rod, and it will be a question every year of how much, not whether, it will be ratcheted up.

The employers’ lobby argued for a minimum wage equivalent to 40-45% of third-quarter 2009 median monthly salary, which was HK$11,000 (excluding foreign domestic helpers). That would work out at HK$4,400-4,950; the higher sum works out at a bit over 51 hours of work a week at HK$24 an hour. The bosses’ idea was to “only guarantee workers a minimum remuneration for their work but not a living wage to cover family expenses.” This choice of words implies that employers assume the taxpayer at large will effectively subvent their businesses’ profit margins via subsidized homes and hospitals for the low-paid, and should therefore alienate the middle class as well as the working poor. 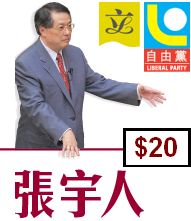 It wasn’t that long ago that the Big Lychee’s officials boasted of the city’s lack of a minimum wage; it was as much a matter of pride as low taxes and the rule of law. And now it has come to this.

Globalisation, modern technology, the immigration of unskilled mainlanders and colonial under-investment in education have all played a part. But the extra tilting of the Hong Kong playing field in favour of established, largely property-connected, business interests since the new order took over in 1997 must take much of the responsibility. As ye sow…