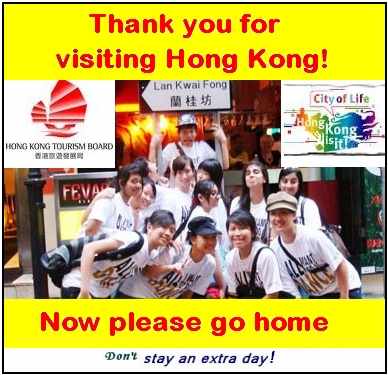 By and large, the mood on the Mid-Levels Escalator this morning is one of deep foreboding, verging on near-panic. The human conveyor belt transporting hundreds of Hong Kong’s clean-living, hard-working, disfranchised taxpayers into the central business district, long seen as the height of commuter comfort and convenience, has become the stairway to doom. The people glide down the slope, not mulling over their usual concerns like P/E ratios, IPOs or marketing plans, but gripped by the terror of what faces them at the bottom of the hill. The ‘electric ladder’ is carrying them unstoppably into a pit of killer rats.

However, not all of us share their fears. Wednesday’s horrifying attack in the unlovely little lane full of shoe-repairers off Peddar Street, in which a British woman was mauled to death by a swarm of vicious 10-inch rodents, has made headlines worldwide. In travel agencies around the globe, keyboards are clicking cancellations into reservations systems as holidaymakers come to their senses and decide to steer clear of the Big Lychee. Far better to chance it shopping in the smouldering ruins of Bangkok, bathing in the venomous jellyfish-infested waters of Bondi beach, or posing for photos on the lip of a bubbling volcano in Iceland.

Could this be, to quote Winston Churchill, “not the end … not even the beginning of the end … but perhaps the end of the beginning” of Hong Kong’s long and bitter struggle against the Great Tourism Menace?

Our despotic government, ever in the pay of the landlords who profit from the crush of map-perusing designer-label addicts from overseas, is pouring resources into what I hereby rename Ratty Alley. Cleansing officers are laying down poison and using high-pressure hoses to make sure that no little furry sewer-dweller sinks its teeth into a succulent bit of foreign flesh again.

Along that particular 150-foot stretch of pathway, that is. What our bureaucrats don’t realize is that Ratty Alley is not the only dingy and dirty backstreet in Central. And Central is not the only district in Hong Kong. There are lots of other places where tourists go, and giant psycho-rodents lurk.

On the beaches, on the landing grounds, in the fields and in the streets. We will specially breed and expertly train the courageous little creatures to sniff out Lonely Planet guidebooks, Hysteric Glamour shopping bags and Shanghai Tang souvenirs, approach their victims stealthily, and pounce without mercy upon their exposed body parts, dragging them to the ground and devouring them, leaving nothing but a pile of mangled bones, a camera and a floppy hat for their homeland’s press to report. Let’s see 30 million of the wretches swamp every spare inch of our space per year then.

10 Responses to Update from Hemlock