Who’s scarfing it down?

It has often been said that when a man is tired of IFC Mall, he is tired of life, and what more evidence do we need than the news that a British fashion house will be paying a monthly rental of HK$620 per square foot for a hair accessories and scarves outlet in the shopping centre?  There are few things I enjoy more than buying scarves, and it will be impossible to drag me out of the Burberry, Jaeger, or whatever it is when it opens.  It will be an exciting addition to what the mall calls its ‘diverse tenant mix’ – vendors, with their improbably exotic names, of women’s shoes, women’s handbags, women’s cosmetics, women’s perfumes, women’s lingerie, women’s watches, golfer’s strange pale yellow pants, a multi-screen cinema and a supermarket selling such delectables as a HK$39 green capsicum.

According to the South China Morning Post report, one of the scarf company’s products is a hair clip that sells in the UK for HK$63.  If they sell 4,920 of these a month, or around one every three and a half minutes assuming 10am-8pm opening hours, this would just cover the rent for the 500-square-foot premises of HK$310,000.  (Time taken at this rate of sales before every woman in Hong Kong has a clip: 59 years.)

It is unlikely that this boutique will allocate precious shelf space to anything going for HK$63.  Apart from the green capsicum at the high-end supermarket and the trendy, bright purple, HK$30 caramel and jojoba iced mochas at Pacific Coffee, nothing in IFC Mall sells for double-digit figures.  That is because, apart from high rents, the shops must also pay salaries/commissions to lithe ladies of precisely 22 to 23 years of age who can sell scarves (or whatever) in Cantonese, Putonghua and English, and they must cover other management costs and still yield a reasonable profit to their owners.  Let’s say anything less than HK$400,000 turnover a month, and the scarf place will be unviable.

This works out at HK$1,333 in revenue per hour, which happens to be, roughly, the average sort of price that designer scarves go for in the US/UK, according to Google.  The challenge is simply to induce 10 or more people a day, many living in a sub-tropical climate, into buying a brightly coloured oblong of cashmere or a big square of silk.  Helped by the bizarre spending habits of mainland tourists, who sometimes buy such items by the dozen or more, this is probably quite easy.  Some mainlanders also take pleasure in telling each other how expensive various possessions were to buy, so the shop could probably increase sales by adding an extra thousand bucks to each price tag.

All the shop needs to do is wait patiently for a small number of the right sort of customer to come along.  One mainlander a week who buys 20 at a time, plus a couple more per day who buy an average of three, plus one local taitai a day, two guilty husbands a week and the occasional gwailo banker shmuck from Two IFC wooing his secretary (all one each) – and you’re easily making a few hundred thousand above breakeven.

Which is how all these luxury downtown shops, with only a few pieces of stock on display at any time, and usually no sign of human life beyond zombified assistants, can thrive in a city where the average person has maybe 150 square feet of living space and supermarkets are so tightly crammed with goods a thin person blocks an aisle.

The SCMP mentions that turnover for all stores in IFC Mall last year was HK$6 billion. It adds that the Rolex store on Queen’s Rd pays HK$1.2 million a month for its 1,000-square-foot emporium – almost double the scarf shop’s rent psf.

A pure guess: after giving staff, Inland Revenue and (property cartel-owned) utilities their slices, this take is divided 45% for the landlords and 45% for the overseas-based luxury brands.  The percentages may be a bit different, but essentially that’s where that flood of lovely money brought into the Big Lychee by the ever-so important tourism industry goes, if you’ve ever wondered why you never seem to see it anywhere.  It’s also why Sun Hung Kai – part-owners of IFC Mall – must be so thrilled and delighted that the taxpayers are donating HK$10,000 each for an express rail line delivering Wuhanese and other scarf-craving visitors straight to the doorstep of their West Kowloon mega-mall, Elements.  I would be. 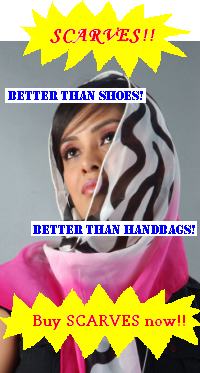 3 Responses to Who’s scarfing it down?